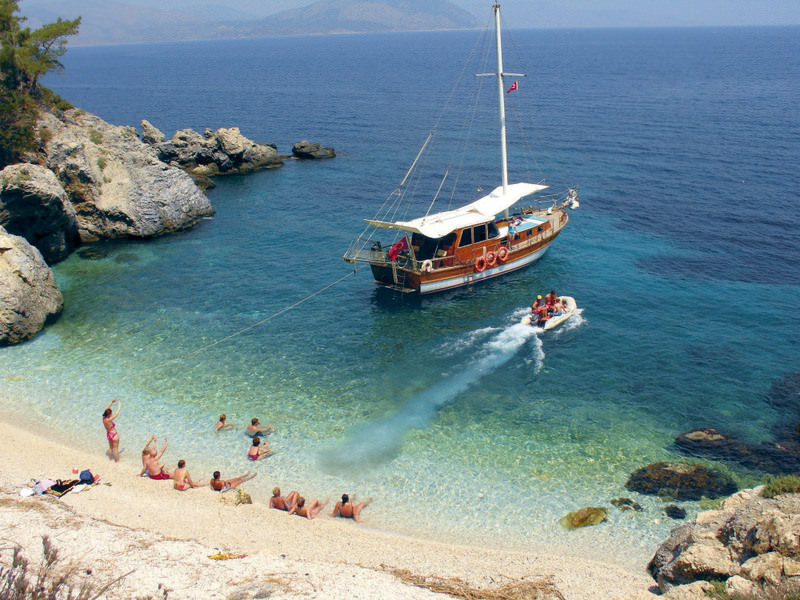 by Daily Sabah with AA Dec 14, 2015 12:00 am
Başaran Ulusoy, the president of the Association of Turkish Travel Agencies (TÜRSAB), said Turkey's tourism sector is having difficulty turning toward non-Russian markets to secure prospective plans with new markets, as it took for granted the stream of Russian tourists who flowed into the country year-to-year, adding that the sector will fill in the gap caused by recent Russian sanctions by opening up to new markets.

Ulusoy noted that Russian travel agencies are now suspending sales of all products that have any relation to Turkey's tourism sector, banning Russian citizens from purchasing products related with travel in a rift of sanctions handed down to Turkey by the Moscow administration. According to Ulusoy, the Turkish tourism sector was caught unaware by the unexpected tension between Turkey and Russia, which erupted after Turkey downed a Russian fighter jet, which violated Turkish airspace near the Syrian border. Ulusoy said the tourism sector always needs to be cautious and have a backup plan, adding that the troubles the sector is likely to face in 2016 will be overcome roughly one year after the measures take effect.

Ulusoy said that the Turkish tourism sector will have presence everywhere and fill in the Russian gap by expanding to new markets, adding that it will turn toward the Far East and adopt a new outlook on tourism; one that appeals to all walks of life in the Middle East and Africa. Highlighting that tourism will play a big role in Turkey's future, Ulusoy stated that the sector needs the government's support to overcome this crisis. Underlining that the tourism sector endeavors to fight the threat of terrorism, which has dealt a heavy blow to the travel industry these days, Ulusoy said if the leaders of today's tourism sector had paid attention to these suggestions in the past, they would be making use of those experiences today.
RELATED TOPICS