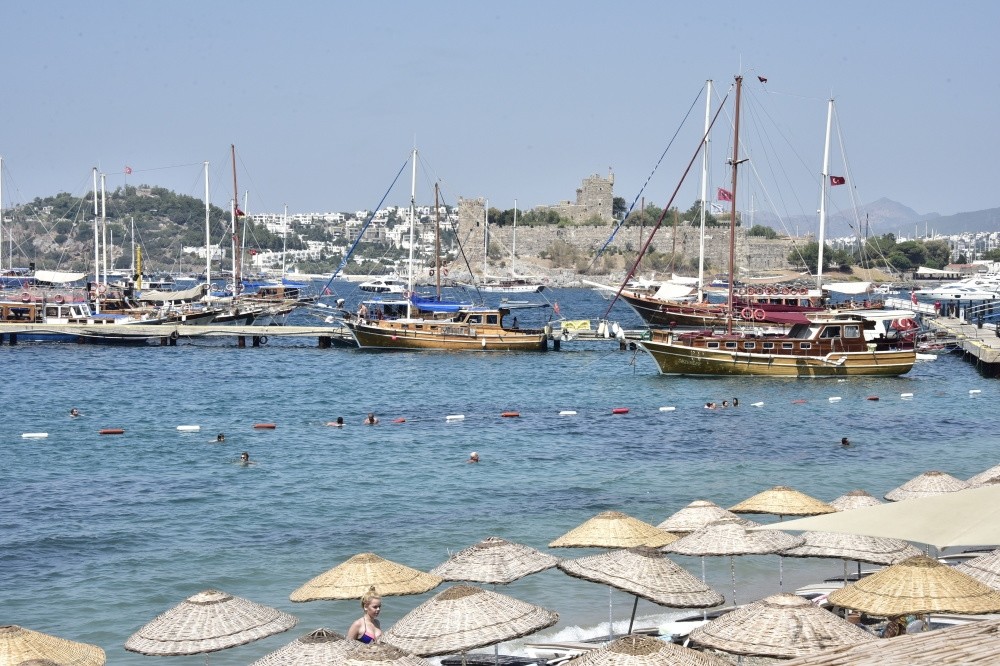 Following the prolonging of nine-day Qurban Bayram, local tourists have showed great interest in holiday spots in coastal areas such as Bodrum and Alanya with reservations rising 130 percent

Nearly 700,000 local reservations have been booked so far only a few days before the nine-day long Qurban Bayram (Feast of the Sacrifice). The reservations mainly focused on hotels in the country's coastal areas, especially Antalya's Kemer, Belek, Side and Alanya districts along with the Çeşme, Bodrum, Marmaris, Kuşadası, Didim and Fethiye districts in the Aegean Region.

Since local tourists made earlier plans and bought their round-trip tickets in advance, high-speed train, bus and plane tickets are already sold out for Sept. 9-11, the starting dates of the holiday. Due to the nine-day Qurban Bayram, 700,000 people booked reservations inside the country.

Ulusoy noted that citizens were also interested in international tours, listing Spain, Italy and the Balkans as the most attractive holiday destinations. Stressing that the demand for one-week tours to the said destinations were quite high due to the long holiday period, Ulusoy also added that international cruise tours were also preferred due the nine-day holiday, and the prices for the said tours will start from 129 euros and go up to higher prices in accordance with the destinations.

Murat Ersoy, chairman of the Tourism Investors Association (TYD), said plane tickets were mostly sold out, but stressed that there are still additional flights, and there is still room on certain domestic flights on certain dates. However, the occupancy rate on Friday night, Saturday and Sunday reached almost 90 percent, according to him.

10 million people will be carried by bus in 13 days

Since most of the local tourists booked their reservation and bought their round-trip tickets in advance, plane, bus and high speed train tickets were already sold out, reaching a 100 percent occupancy rate due to the nine-day holiday. Additional train services are expected during this period. All Coaches Federation (TOF) President Mustafa Yıldırım said 6,000 additional bus services were arranged for the holiday. Stressing that a 13-day period of demand is expected even though it is a nine-day holiday, Yıldırım said nearly 10 million people will be carried over that 13-day period.
RELATED TOPICS