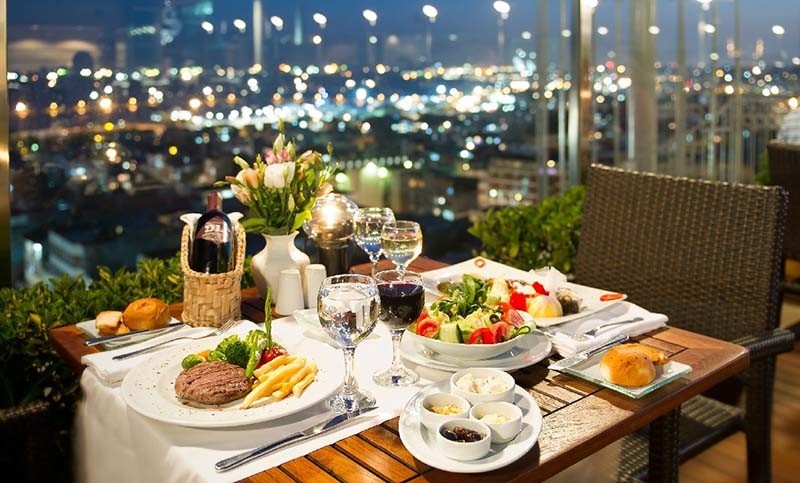 Last year hungry tourists spent more than 5 billion dollars on food and beverages in Turkey, according to information gathered from the Turkish Statistical Institute (TurkStat).

TurkStat revealed that tourist expenditures totaled $22.1 billion, of which about $3.6 billion was spent on package tours. Food and beverages took the largest percent of personal expenditures with $5.1 billion, followed by $3.3 billion on international transportation and $2.5 billion spent on accommodation.

Sampling the cuisine is certainly a draw to many "foodie travelers," who come to Turkey to try local favorites such as the Iskender kebab, çiğ köfte and of course, baklava.

Başak Türkoğlu, Turkey's Ambassador to Malaysia told Anadolu Agency about how she sees food as a way to boost ties between countries, adding that many Malaysian tourists had fallen in love with Turkish food during their visits.

"There is a big market. We need restaurants that offer an elegant presentation of food and good quality Ottoman and traditional Turkish cuisines," said Türkoğlu.

While Turkey's tourism revenue fell significantly in 2016, restaurant owners can help to restore that number one bite at a time.
Last Update: Feb 09, 2017 10:26 am
RELATED TOPICS