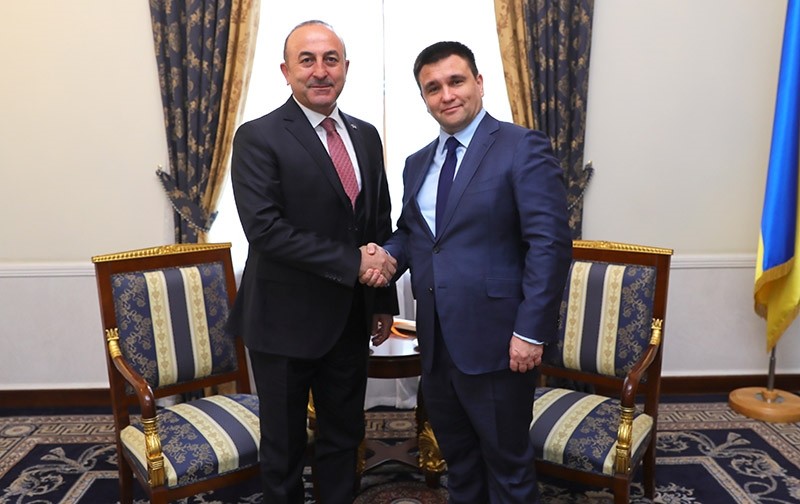 Foreign Affairs Minister Mevlüt Çavuşoğlu said that they want their citizens to reach Ukraine without their passports and visas at a joint press conference with his Ukrainian counterpart Pavlo Klimkin on Friday, following the fifth meeting of the Turkey - Ukraine Joint Strategic Planning Group. It was also announced that Turkey and Ukraine have agreed to allow their citizens to travel to each other's countries without passports.

Following the meeting, Minister Çavuşoğlu stated that they want to increase the number of visits and the number of tourists. In addition to passport-free travel, Çavuşoğlu announced that a Yunus Emre Culture Center will be established in Ukraine to provide Turkish lessons for diplomats and Ukrainian media members upon request.

Çavuşoğlu and Klimkin reviewed all the dimensions of bilateral relations and discussed new cooperation opportunities during the meeting. "We want to increase the number of mutual visits and tourists. We want more contacts between peoples," Çavuşoğlu said, adding that the number of tourists coming to Turkey from Ukraine increased by 50 percent last year. Furthermore, he said that Turkey was glad to host more than a million Ukrainians.

Çavuşoğlu praised the success of passport-free travel tests carried out at Ukrainian airports successful and he announced that the same tests would be done at airports in Turkey. "We also aim to increase the trade volume between Turkey and Ukraine," Minister Çavuşoğlu concluded, while underlining the necessity of further enhancing bilateral relations between the two countries.