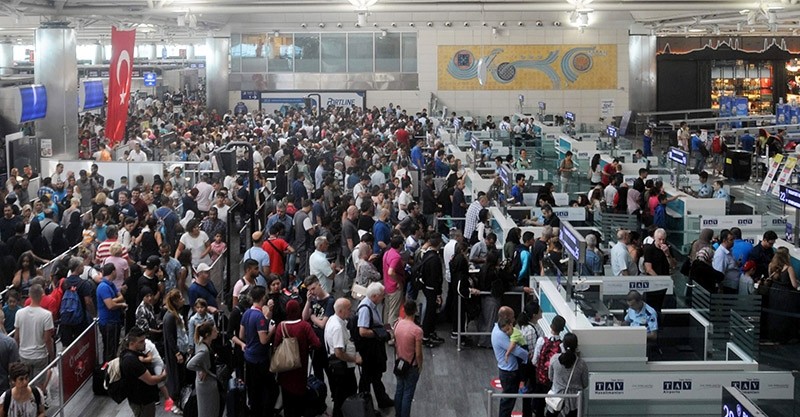 More than 35.5 million air travelers went through Turkey's airports in the first three months of the year, according to new official statistics.

The number of passengers on international flights fell seven percent year-on-year to almost 12.5 million in the first quarter, according to statistics released by General Directorate of State Airports Authority.

In the same period, the number of passengers taking domestic flights in Turkey fell 0.3 percent compared to the first quarter of last year.

The number of passengers taking international and domestic flights in Turkey dropped three percent in the first three months of the year from the same period last year.

In March, the total number of domestic passengers was over 8.2 million while the number of international passengers totaled almost 5 million.

Turkish airports served nearly 385,734 planes in January-March 2017, a drop of 1.1 percent from the same period last year, including the number of overflights.