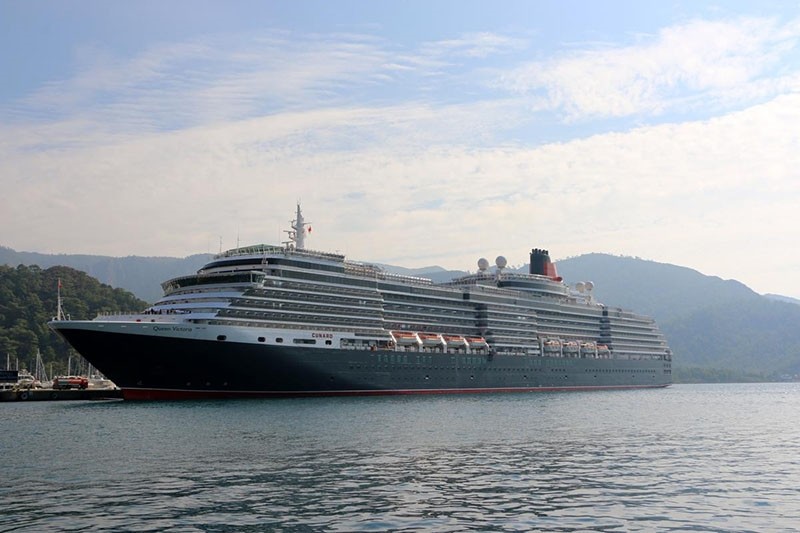 To encourage cruise ships to come to Turkey, the government will give financial support of $30 per passenger to travel agencies to increase the number of cruise tourists, which was 2 million in 2015 and is currently 600,000. This support will be provided to A-group travel agencies that bring 750-passenger capacity cruise ships and above to Turkey.

In cruise tourism, the number of passengers increased from 800,000 in early 2000 to over 2 million in 2015. During the last year, especially because of the crises with Russia and terrorism, most cruise companies removed Turkey from their routes, while the number of tourists dropped to 600,000. The government wants to increase the figure to 2 million again with this support plan.

Moreover in the short term, the government plans to build a giant port in Antalya for cruise ships to dock. While the tender for the project is expected this year, a 1,000-bed capacity hotel is also planned. Furthermore, a search continues for investors for the port, which is to be built on a 30,000-square-meter commercial area at Antalya Lara Beach.

A delegation from the Tourism Ministry will attend a sister city protocol ceremony between the Antalya Metropolitan Municipality and the Miami Municipality and also negotiate with cruise companies.

Despite the temporary downturn in the sector, cruise companies' interest in Turkey is rising. Offers are coming from Russia and Ukraine for cruise tours on the Black Sea. Tura Tourism Chairman Erkunt Öner said they have started work for cruise tours on the Black Sea for 2018. "We plan to launch a one-week tour starting from Sochi, Russia to Trabzon, Samsun, Istanbul and back to Sochi," Öner said.

Moreover, Royal Caribbean Marketing Director Cihangir Canıyılmaz also said that they would launch Turkey tours in 2018. "Our ships will be on the Aegean coast in 2018. The ship number and program will be established due to demand," Canıyılmaz said.