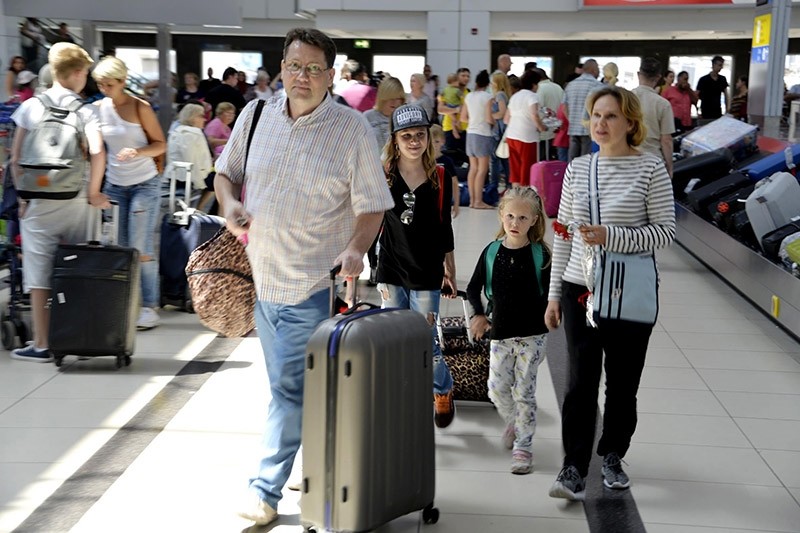 Turkey remains the first choice as a holiday destination for Russian tourists despite recent claims regarding the possibility of Russian airlines suspending charter flights to Turkey, a new statement released by the Association of Tour Operators in Russia (ATOR) said Wednesday.

Some 50 percent of the holiday reservations made by Russians so far include hotels in Turkey, the statement elaborated.

The statement added that even if charter flights from Russia to Turkey were suspended, the interest of Russian tourists for Turkey would not be affected, underlining that the number of tourists wanting to change their reservations due to the claims of charter flight suspension would remain at a low level.

Russian airline companies were reported to have received a telegram from the Federal Aviation Agency (Rosaviatsia) warning about a possible suspension of charter flights to Turkey, the Russian TASS news agency reported Tuesday.

While Russia did not respond to the claims with an official statement, experts stated that some five million Russians were expected to visit Turkey this year.

Russia previously suspended charter flights to Turkey in late October 2015 after the Turkish Air Forces attacked a Russian bomber that was on a mission in the airfield over Syria as part of an anti-terrorist operation.

In August 2016, President Recep Tayyip Erdoğan paid an official visit to Moscow that launched the normalization of ties between the two countries.