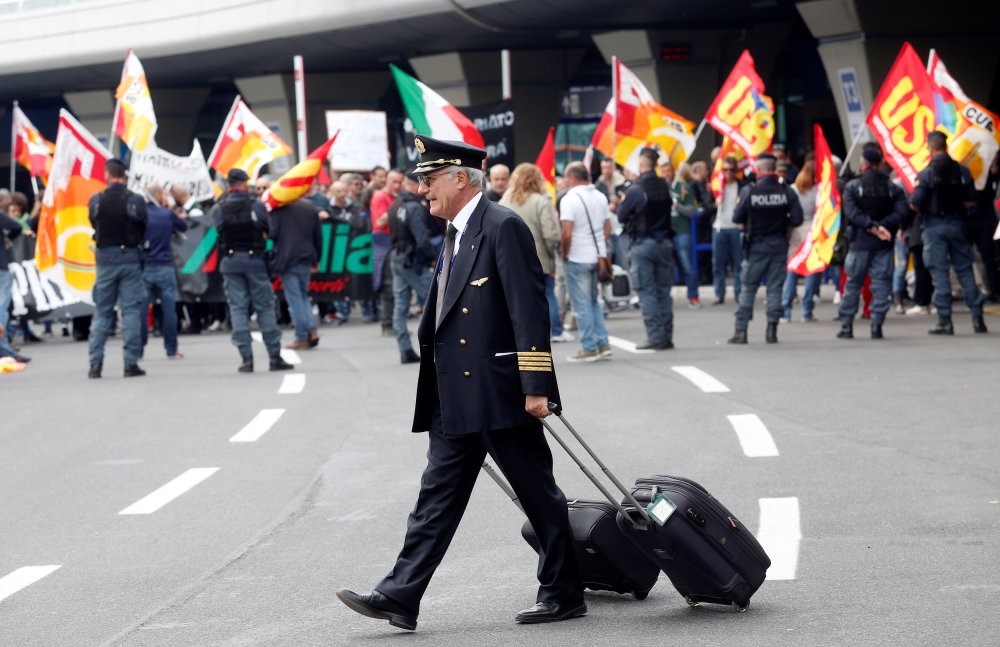 Italian airline Alitalia looked set to narrowly escape bankruptcy early Friday thanks to a last-minute agreement between management and unions that should pave the way for the company's recapitalization, provided that workers approve the deal.

Alitalia has not turned a profit since 2002. The current episode marks the third time since 2007 that the company is on the brink of going under.

According to an estimate by Mediobanca, it has cost the taxpayer 7.4 billion euros (7.85 million dollars) during 1974-2014 to keep the company afloat.

In the deal brokered by the government overnight, unions accepted an average 8-per-cent pay cut for employees, and 1,700 layoffs, including 980 for full-time staff, out of the company's 12,500-strong workforce. Alitalia had originally proposed pay cuts of up to 30 per cent and about 2,000 dismissals.

Alitalia was privatized in 2008 following a generous state bailout. United Arab Emirates carrier Etihad became its leading shareholder, with a 49-per-cent stake in 2014, but failed to revive it.