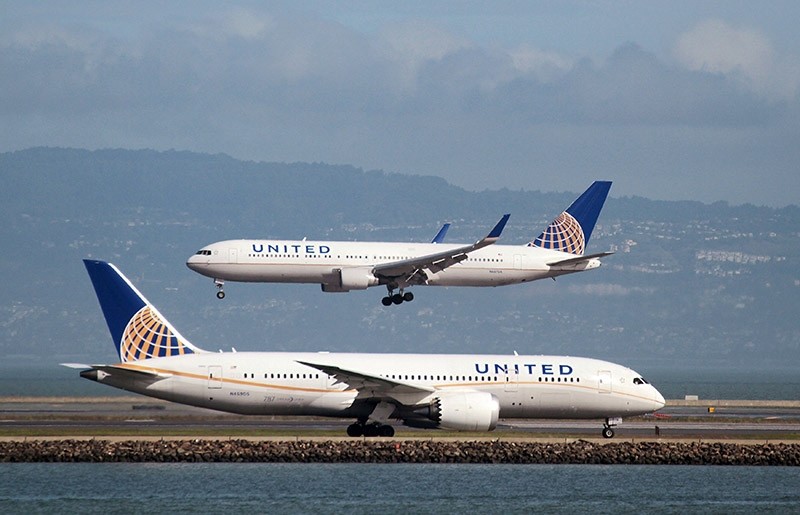 An engaged couple was removed from a United Airlines flight to Costa Rica on Saturday, as the airline remained under scrutiny following outrage caused by a video last week of a passenger being forcibly removed from a flight.

According to the couple, who said they were en route to get married, a federal marshal had escorted them from the plane before take-off from Houston, Texas, but United denied this on Sunday, saying in a statement that neither a marshal nor other authorities was involved.

The couple "repeatedly attempted to sit in upgraded seating which they did not purchase and they would not follow crew instructions to return to their assigned seats," United said in a statement, adding "They were asked to leave the plane by our staff and complied."

The statement from a United spokeswoman said the airline offered the couple a discounted hotel rate for the night, and rebooked them on a Sunday morning flight.

But Michael Hohl and his fiancée, Amber Maxwell, told KHOU they tried to pay for upgraded seating and were denied, after finding another passenger sleeping across their seats when they were the last to board.

After moving within the economy cabin a few rows up, flight crew denied their request to pay a supplement for the seats, which United sells as "economy plus", and told them to move back to their original seats, Hohl said.

"We thought not a big deal, it's not like we are trying to jump up into a first-class seat," Hohl told KHOU. "We were simply in an economy row a few rows above our economy seat."

The airline suffered a public relations disaster after a video emerged a week ago showing security officers dragging a bloodied passenger off an overbooked United Express flight in Chicago.

Shares in United's owner, United Continental Holdings Inc , were hammered, dropping 4 percent last week to close at $69 on Thursday, reducing the company's market cap by $770 million to $21.5 billion. Markets were closed on Friday.

Dr. David Dao, the 69-year-old Vietnamese-American doctor who was seen in video being dragged off a United flight a week ago, will likely sue the airline, his attorney said on Thursday.

After the incident triggered international outrage, United Chief Executive Oscar Munoz apologized to Dao, his family and its customers, saying the carrier would no longer use law enforcement officers to remove passengers from overbooked flights.