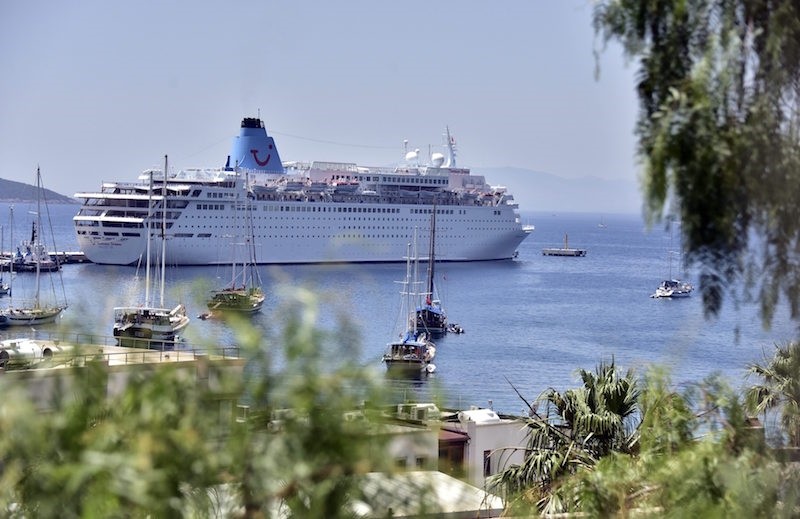 The first transatlantic cruise ship of the season has called at Ege Ports Liman in western Turkey's Kuşadası with a total of 2,739 passengers.

The ship called "Mein Schiff 3", which operates under a Maltese flag and belongs to TUI Cruise, carried passengers of mainly German origin to visit the historic sites of Ephesus and the House of the Virgin Mary, while other visitors shopped around Kuşadası.

Mert Bozkurt, a tour agent, told reporters that the ship was to call at three more ports before returning to Germany. Another ship, "Mein Schiff 5,",which belongs to the same company, is to make the voyage to Kuşadası two times, Bozkurt added.

The chairman of Kuşadası's Tourist Association, Bülent İlbahar, said that the tourist season had a lively take off in comparison with some other Turkish tourist resorts and stressed that cruise ships were the lifeline of the region's economy. "These ships make a huge contribution to tourism," he said.

Not only local tradesmen are happy about the ship's routes; Bozkurt as a tour agent is also satisfied with the voyager organization.

Kuşadası is a famous holiday resort town and is located south of Izmir on Turkey's Aegean Sea coast. It is situated conveniently close to major archaeological sites and the Dilek Peninsula NationalPark, one of Turkey's most biologically diverse areas. Kuşadası is also home to pristine sand beaches.