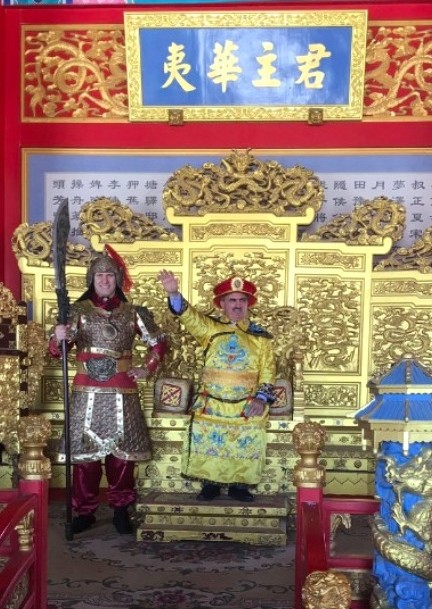 The governor of the Mediterranean province of Antalya, Münir Karaloğlu, shared a picture of himself wearing traditional Chinese clothing on Twitter Sunday, with a caption urging tourists from China to visit Turkey.

Karaloğlu was in the Chinese city of Hefei in Anhui province to sign a sister-city protocol and to forge economic ties when he shared the photo, which has since earned hundreds of reactions on social media.

In the photograph, Karaloğlu sits on a golden throne wearing a traditional Chinese suit with the caption, "I said hello to all of China, and invited [Chinese visitors] to Antalya."

Turkish actor and comedian, Cem Yılmaz, also shared the picture of Karaloğlu on his personal Twitter account, where it received thousands of likes.

According to the Turkish Hoteliers Federation (TÜROFED), a total of 167,500 Chinese tourists visited Turkey in 2016, and the country aims to make this figure even higher in the coming years.