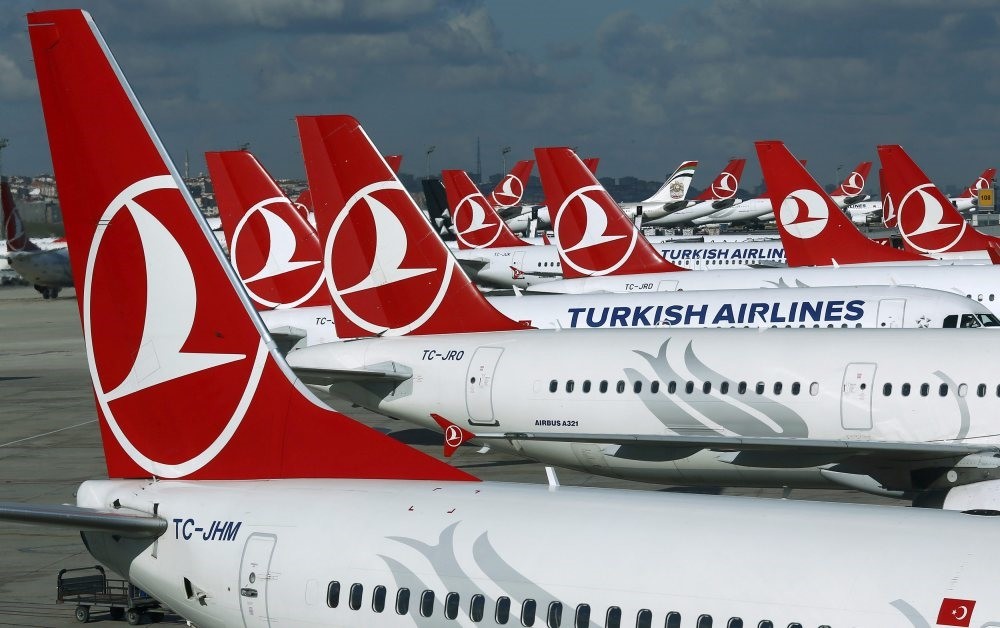 Once operational, Istanbul New Airport will carry Turkish Airlines to higher levels and make significant contribution to Turkey's aviation sector.
by Daily Sabah May 24, 2017 12:00 am

Besides securing remarkable economic gains for the Turkish economy by increasing a number of macroeconomic indicators, Istanbul New Airport will also contribute to the economic elevation of one of Turkey's world-renown brands, the THY

As the first phase of Istanbul New Airport, also called the Third Airport, is expected to be completed in the first half of 2018, its impact both on Istanbul as a destination and a significant transfer hub is gaining more prominence.

The airport will not only have a huge economic impact on Istanbul and Turkey, but also on the nation's flagship carrier, Turkish Airlines (THY). The carrier's chairman, İlker Aycı, underscored that combined with the THY's growth rate, Istanbul New Airport will become a very valuable transfer hub in Istanbul and once operational, it will reinvigorate THY's competitive edge, carrying it up to greater heights.

The THY chairman, attending the International Media Forum 2017 held in Antalya's Belek Tourism Center as a speaker, was the subject of intense interest from foreign correspondents and talked about the achievements and goals of the institution. Speaking to Anadolu Agency (AA) following the forum, Aycı underlined that the third airport is very important for THY, Turkey and its region.

"The third airport is completely changing the story. By building one of the world's largest airports in Istanbul, a magnificent environment will be created, in which passengers can easily be accommodated, change planes and benefit from facilities at the same time with a smart and fully-fledged airport," he continued.

Noting that the new airport will have a positive impact on Turkey and Istanbul's position in the world, Aycı stated that this megaproject is more than just an airport. He said the airport, which will link Turkey to the world, is a gigantic project that will connect countries in terms of commerce, tourism and travel.

"When the third airport is also combined with THY's growth rate, it will become a very valuable transfer center in the Istanbul region. Turkish Airlines will also grow with it. When the new airport is completed, it will raise THY a few more steps up," he said.

Aycı said that approximately 550 airplanes could park at the new eco-friendly airport, stating that air transport is a sector where competition is very high.

"Turkey is not just constructing an airport in Istanbul. There is a great deal of competition, especially for transit passengers. THY is trying to increase the quality of service every day," he continued. "In this competitive environment, we also see the competition of the world cities. Istanbul has an excellent transportation infrastructure as one of the most competitive cities. It is one of the most important transfer centers of the world in terms of connection and function."

The new airport to eliminate the frequency problem

In a previous report, highlighting Istanbul's position as "the West of the East and the East of the West," CEO of Turkish Airlines Bilal Ekşi stated that 66 percent of world air traffic passes over Istanbul and there are 41 countries and 78 cities (excluding Turkish cities) in a three-hour radius to Turkey, 53 countries and 118 cities in a four-hour flight radius and 66 countries and 143 cities in a five-hour flight radius, emphasizing the city's connectivity to the surrounding regions, hence its significant potential as a transfer hub with high connectivity.

When asked about how the airliner could contribute to the competition with other rising airports in the region, Ekşi said that THY foresees a significant increase in the frequency of flights to important world capitals and destinations where they carry a vast number of passengers. Another important contributor, according to Ekşi, will be the quality time the new airport will present to its passengers, which in return gains both the airport and the company a competitive edge over their rivals.

Istanbul New Airport will increase the city's and its own connectivity, which measures access to the global network of air transport hubs in major airports and designates the combination of arrival points and frequency, secures significant economic gains.

With regards to connectivity, both the airport administration and Turkey's flagship carrier THY particularly aim to increase and diversify the frequency at the airport, the timing and the capacity of flights.

IGA CEO Hüseyin Keskin previously said Istanbul New Airport will provide flights to more than 350 destinations around the world, which makes it one of the biggest hubs in the world. The airport will also serve almost 100 airline companies. Once all the phases are completed, the daily take-off/landing average will be likely around 3,500 and it will have a capacity for 347 narrow-body and 266 wide-body planes in addition to six runways and 143 boarding bridges, the CEO stated.

These flight facilities will in turn contribute to the macroeconomic data of the Turkish economy to a considerable extent. Istanbul New Airport is expected to provide employment for 225,000 people by 2025, as an economic impact analysis report prepared by the Center for Economic and Foreign Policy Studies reveals.