IT outage causes British Airways to cancel all flights from London's Heathrow, Gatwick 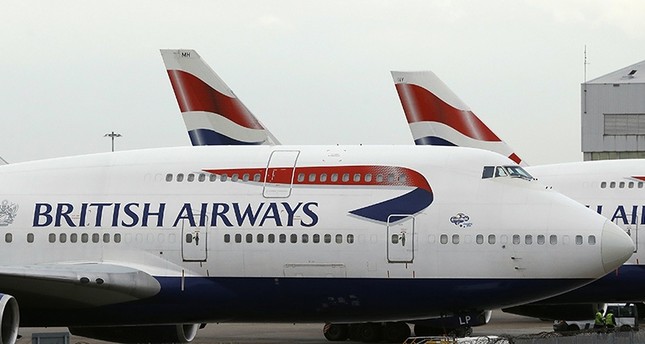 British Airways flights from Britain were delayed on Saturday because of a global system outage, the airline said, with passengers reporting massive hold-ups at airports and planes being held on runways.

The problems, which passengers said were affecting flights across the country, came on a particularly busy weekend in Britain with a public holiday on Monday and many children starting their school half-term breaks.

"We apologise to customers who are facing some delays following an IT outage this morning," a BA spokeswoman said. "We are working to resolve the problem as quickly as possible." She gave no further details. Passengers on social media reported long delays at check-in desks and flights being held on runways.

In a later statement, BA said that it had canceled all flights from London's Heathrow and Gatwick airports scheduled before 1700 GMT on Saturday.

The problem comes on a holiday weekend, when thousands of Britons are travelling.

"Still on the tarmac at Leeds. #britishairways reckon Heathrow is so backed up we can't set off. No way we'll make our Vegas flight," one passenger David Raine wrote on Twitter.

Another, journalist Martyn Kent, wrote: "Sat on plane at Heathrow for hour and a half now. @British_Airways Captain describes IT problem as 'catastrophic'."

London's Heathrow Airport, one of the world's busiest, said it was working with BA and advised passengers to check their flight status before travelling.

"We've tried all of the self-check-in machines. None were working, apart from one," said Terry Page, booked on a flight to Texas. "There was a huge queue for it and it later transpired that it didn't actually work, but you didn't discover that until you got to the front."

Another traveler, PR executive Melissa Davis, said she was held for more than an hour and a half on the tarmac at Heathrow aboard a BA flight arriving from Belfast.

She said passengers had been told they could not transfer to other flights because "they can't bring up our details."

Passenger Roshni Burt, who was flying from Heathrow to Bahrain with her young son, said there was no news about when her flight would depart.

"When we left the check-in area there were angry people, people getting frustrated that their flights were coming up or near to departure, people getting turned away ... with BA staff basically saying 'if you've not checked in online, you've missed your flight'," she told Sky News.

BA is the latest airline to be hit by computer problems. Last month Lufthansa and Air France suffered a global system outage which prevented them from boarding passengers.

BA passengers were hit with severe delays in July and September 2016 because of problems with the airline's online check-in systems.
Share on Facebook Share on Twitter
Previous in Tourism Miscellaneous agreements have been signed within the scope of Istanbul... Next in Tourism A special ceremony involving 1,453 trucks was arranged Monday near...
DAILY SABAH RECOMMENDS