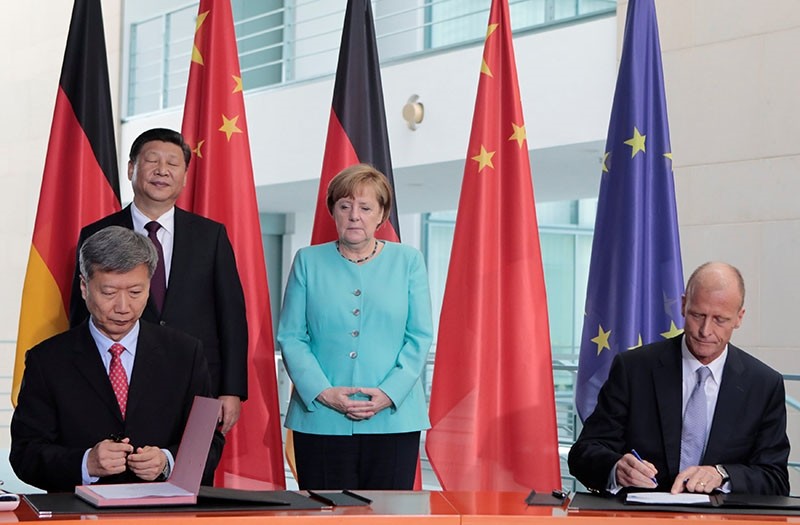 Airbus said Wednesday it had won a major order from China of 140 planes for $22.8 billion, during a visit by President Xi Jinping to Berlin.

The European aircraft maker said it had sealed the agreement with China Aviation Supplies Holding Company (CAS), which chief executive Tom Enders called "one of the biggest contracts signed in a long time by Airbus".

"This underscores the strong demand by Chinese airlines in all segments, from domestic and low-cost to the regional and international long-haul market," Airbus said in a statement.

The company said a market analysis forecast a doubling of demand worldwide for planes with more than 100 seats to 40,000 aircraft in the next 20 years, fueled largely by demand from developing markets such as China.

"Twenty years later we have around 50 percent -- we really put our foot on the gas."

Airbus said its A320 line of planes was the world's best-selling single-aisle aircraft with more than 13,000 orders and 7,600 planes delivered.

In January last year, BOC Aviation, owned by Bank of China, announced an order for 30 Airbus A320s worth more than $3 billion to meet growing demand.

However, it was outpaced at the event, one of the biggest annual sales bazaars in the industry, by Boeing thanks to its new 737 MAX 10 airliner, taking in a total of 571 orders for nearly $75 billion.

Xi was in Berlin for talks with Chancellor Angela Merkel ahead of the G20 summit of big industrialized and emerging economies in the northern German port city of Hamburg starting Friday.