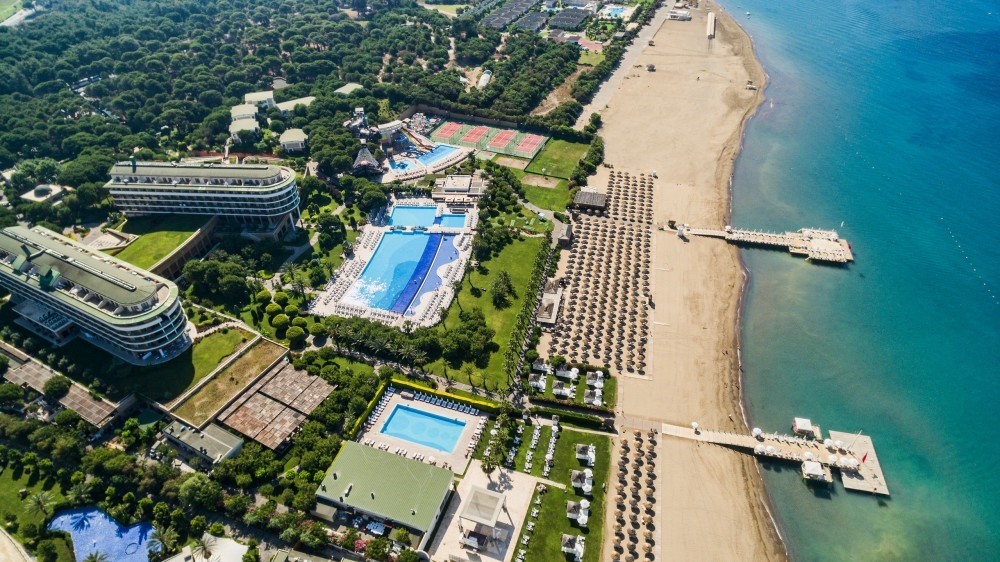 A survey by leading data and analysis company STR Global has found that Turkey registered the highest growth in hotel occupancy rates among European countries in 2017, with an increase of 18 percent last year and hotel occupancy rate in the country soaring to 60.2 percent

Turkey ranked first among European countries as hotel occupancy rate in the country grew by more than 18 percent in 2017.

In a statement yesterday, the Turkey Hoteliers Association (TÜROB) said the figures were revealed in a recent survey conducted by a leading data and analysis company STR Global that focused on the hotel occupancy rates of countries last year.

On a city-by-city basis, the fastest rise was experienced in Istanbul, reaching 62.5 percent in occupancy rate with an increase of 26 percent, while the European destination, which suffered the biggest losses in room prices, was again Istanbul, decreasing by 14 percent to 76.3 euros.

Assessing the 2017 figures, TÜROB President Timur Bayındır said the negative effect of the decline in prices was clearly reflected in Turkey's tourism revenues. Bayındır also noted that even though they have yet to return to the desired level in prices, they have raised their hopes for 2018 and the following years.

He said that impressions from international fairs are raising hopes for 2018 and that signs from the European markets regarding the backbone of Turkish tourism were pleasing.

Bayındır hoped for a rising trend in 2018 and added that they could also catch a double-digit increase in tourism figures.

"However, it would be wrong to expect the upward trend in prices to be so fast

. We have to contemplate on how we can increase our prices faster without losing our current customers," he said. "Rather than the increase in the number of tourists, we need to focus on raising the prices. This should be the most important project in 2018."

He also pointed out that tourism professionals should also be resistant to the price.

"We should not raise prices fast, but we should improve the prices with normal increases which will not disturb us and our customers. I would like to point out that it is not possible to pull down the prices anymore," he added.