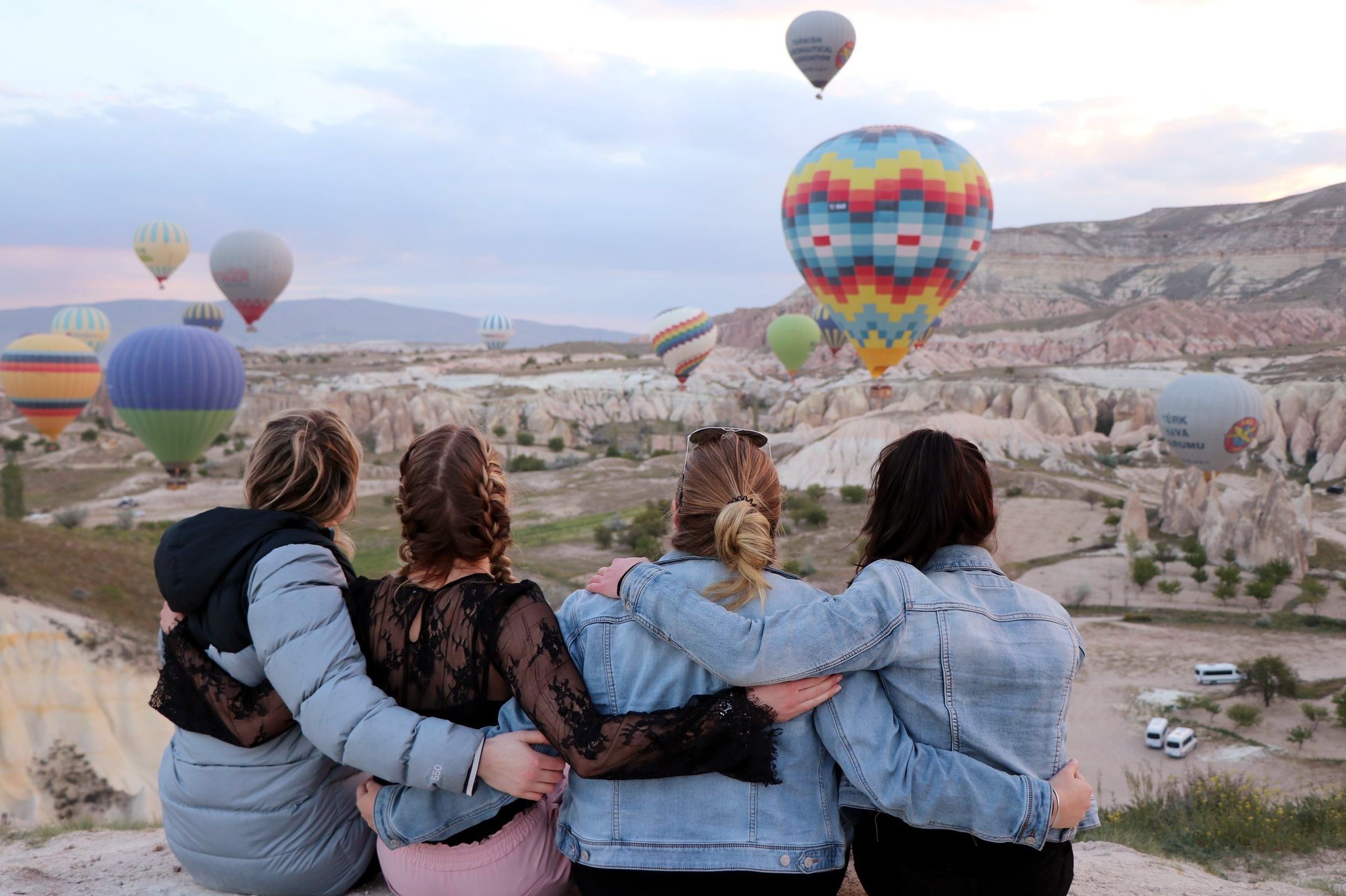 Turkey saw substantial increases in bookings in the first months of this year, according to foreign tour operators, who said they expect the positive trend to continue throughout the year

Often described as a "paradise country," Turkey has regained the confidence of foreign visitors and continues to attract new ones, in addition to bringing back tourists that had previously visited the country but chose other destinations in the last two years, according to tour operators.

Foreign tour operators in the country said there has been a high demand for early reservations in the first months of this year. Saying they were pleased with the current demand and hotel reservation figures, operators said that Turkey offers an unbeatable price-performance ratio.

CEO of Öger Tours Songül Göktaş-Rosati, said the confidence in Turkey has been restored, adding that they have had an excellent early booking period in the first three months of 2018.

She pointed out that foreign visitors are returning to Turkey, particularly with regards to families with children. Rosati said the share of families in January and February was very high. One out of every four reservations was made for a child during this period. "Turkey is a traditionally child-friendly country with an unbeatable price-performance ratio," she added.

She said Turkey is preferred in the pre- and post-season months of May, June, September and November.

Rosati stressed that tourist confidence in Turkey, which is actively presented on the internet and by travel agencies, has been restored.

She added that this positive trend has also continued in April and will likely continue in the future. "Especially German holidaymakers love Turkey long southern coasts," she said.

Noting that the reservations situation in the Aegean Sea region and Bodrum was also positive, Rosati said, the development of new holiday regions and identifying new target groups will be crucial for Turkish tourism in the long term.

After seeing a sharp decline in the number of visitors to Turkey for tourism in 2016, a year that included a series of terror attacks and a failed coup attempt, the tourism industry saw a recovery in 2017.

It had experienced a drop in the number of tourists which began with a Daesh suicide bombing that killed 12 German citizens and injured 16 others in Istanbul's Sultanahmet area in 2016.

Turkey has been fighting not only against terrorism, but has also been subjected to an anti-Turkey smear campaign carried out by the Western media.

Meanwhile, the Turkish Statistical Institute (TurkStat) has confirmed that the country's tourism revenue rose by more than 18.9 percent in 2017 as it hit $26.3 billion from $22.1 billion in the previous year.

German tour operator FTI Group's top executive Dietmar Gunz said they were pleased with Turkey's reservation numbers for the first three months of 2018. "There has been some substantial increase in bookings this year after a very successful year in 2017," he said.

He said that customers this year have made longer reservations in Turkey than the previous year. "Those who chose other holiday destinations in the past two years have largely returned to Turkey's south and the Aegean Sea coasts," Gunz added.

"There will be fewer last-minute reservations for Turkey in the summer of 2018, compared to the last two years because of intensive bookings not just from Germany but from other markets as well," he said, underlining that this positive trend towards Turkey will likely continue.

He added that because Turkey is one of the most important target regions for them, the FTI Group has continuously developed its holiday opportunities in this country, increased airline capacities and invested in new hotel projects in recent years.

Stressing that they rely on government support and their partners in this regard, Gunz said, Turkey is an excellent destination for German holidaymakers.