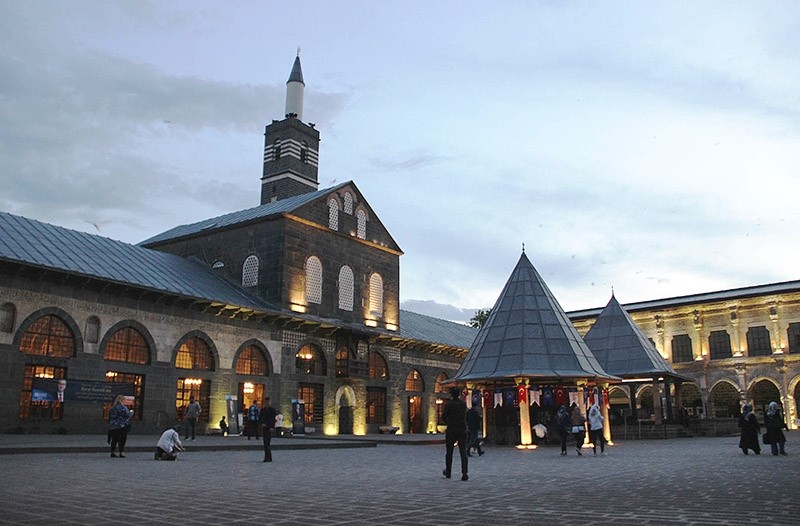 La Pomme d'Or or The Golden Apple, regarded as the World Federation of Travel Journalists and Writers' (FIJET) equivalent of the Oscars in tourism sector, will be presented to Diyarbakır this year.The FIJET, members of the Turkish Association of Travel Journalists and Writers (ATURJET) and 36 writers and journalists, including 19 foreign representatives, visited historical places for the program organized through Diyarbakır Governor's Office, the Metropolitan Municipality and Karacadağ Development Agency under the theme "Humanity's First Big Step to Civilization, Diyarbakır."

The attendees first had breakfast in İçkale, located right next to the ancient Hevsel Gardens, and later visited the excavation site of Zerzevan Castle. The head of the excavation, professor Aytaç Coşkun from Dicle University's (DÜ) Department of Archaeology, informed the participants about the ongoing excavations.

Mediterranean Tourism Foundation President Andrew Agius Muscat, who is from Malta, said he enjoyed his visit to Diyarbakır, stressing that the foundation's mission is to promote tourism in the Mediterranean region and direct investments to the region.

"We were invited to Turkey by the FIJET and ATURJET. We also held FIJET's board meeting here. Everyone who came to the meeting liked the area," Muscat said. "One of the foundation's most important tasks is to develop tourism in countries that seem problematic or are expected to become problematic. We are interested in this place because the aim is to promote those countries effectively. When I arrived, I saw how right this place was."

ATURJET member Hüseyin Kurtoğulları, who has 52 years of experience in tourism and journalism, stated that the FIJET decided to present the Golden Apple award, regarded as the "Oscars of Tourism," in Diyarbakır this year in a meeting held in the city this morning.

Expressing his happiness for the Golden Apple awards to be held in Diyarbakır this year, Kurtoğlları said Turkey's southeast has suddenly moved up the ladder in tourism, stressing that the FIJET and ATURJET will give all the support they can to make it a reality.