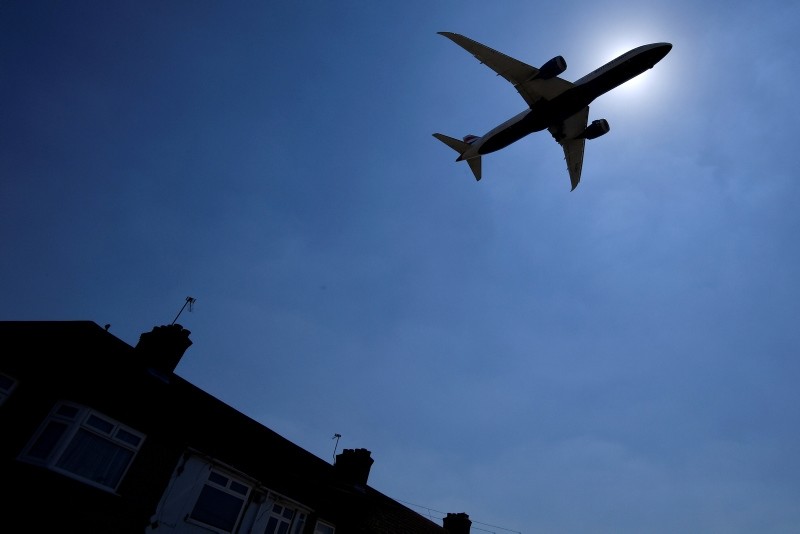 Among them is Foreign Secretary Boris Johnson, who once pledged to lie in front of bulldozers to stop construction, but missed the key vote due to a last-minute trip to Afghanistan.

"This is a momentous vote that has been 50 years in the making and represents the biggest transport decision in a generation," said Transport Secretary Chris Grayling ahead of securing approval for the plan.

"At stake are thousands of new jobs and the country's ability to compete on an international stage and win new global trade."

Heathrow hopes to begin construction by 2021 although it must still obtain formal planning permission and will likely face legal challenges.

Grayling insisted the plan could be delivered without breaking Britain's commitments on climate change, and has sought to reassure locals with a continued ban on night flights.

But immediately following the vote, environmental campaign group Greenpeace UK said it was ready to challenge the runway in court with a cross-party group of London councils and the city's mayor Sadiq Khan.

"If ministers don't want to uphold the laws protecting us from toxic fumes and climate change, we're going to ask a court to do that," added its executive director John Sauven.

Anti-expansion activists staged a "lie-in" over the plans in parliament's central lobby earlier Monday evening, just metres away from MPs debating the issue.

Police locked down the area after the 12 protesters sprawled themselves across the floor chanting in protest.

Grayling said the project would be funded by the private sector, adding that the government would work with Heathrow's operator to ensure that costs are not passed on to airlines.

British Airways owner IAG has expressed concerns about higher landing charges for what it said is already the most expensive hub airport in the world.

IAG chief executive Willie Walsh said MPs had approved the plan "without any idea on how much it will cost" and it had "zero confidence" charges would stay flat.

"It's only a matter of time before we start hearing excuses for massive cost escalation on the exorbitant estimated cost of the project," he added in a statement shortly after lawmakers backed the plan.

Junior trade minister and London MP Greg Hands quit the government last week to vote against the expansion, and on Monday criticised Johnson for dodging the decision.

"I wouldn't want to be abroad...#commitments," Hands wrote in a Twitter message.

May has ordered all her Conservative MPs to back the plan, but agreed to Johnson's trip, saying he would be the "living embodiment of global Britain" -- the slogan for Britain's future outside the EU.

In a letter to his constituents obtained by London's Evening Standard newspaper, he said he would continue to lobby within government against Heathrow.

"But it is clear from what is likely to be a large majority of MPs who are in favour of a third runway that my resignation would have achieved absolutely nothing," Johnson wrote.

The minister, a leading voice for Brexit in the government, added that given the "considerable difficulties" the project still faced, it may not even happen.

Shouts of "where's Boris?" could be heard back in Britain's House of Commons as lawmakers debated the proposals through the evening.

The main opposition Labour party is against the expansion but gave its MPs a free vote and many backed the plan, particularly as it has trade union support.

However, its leader Jeremy Corbyn has signalled that Labour could scrap the expansion if the party gains power.