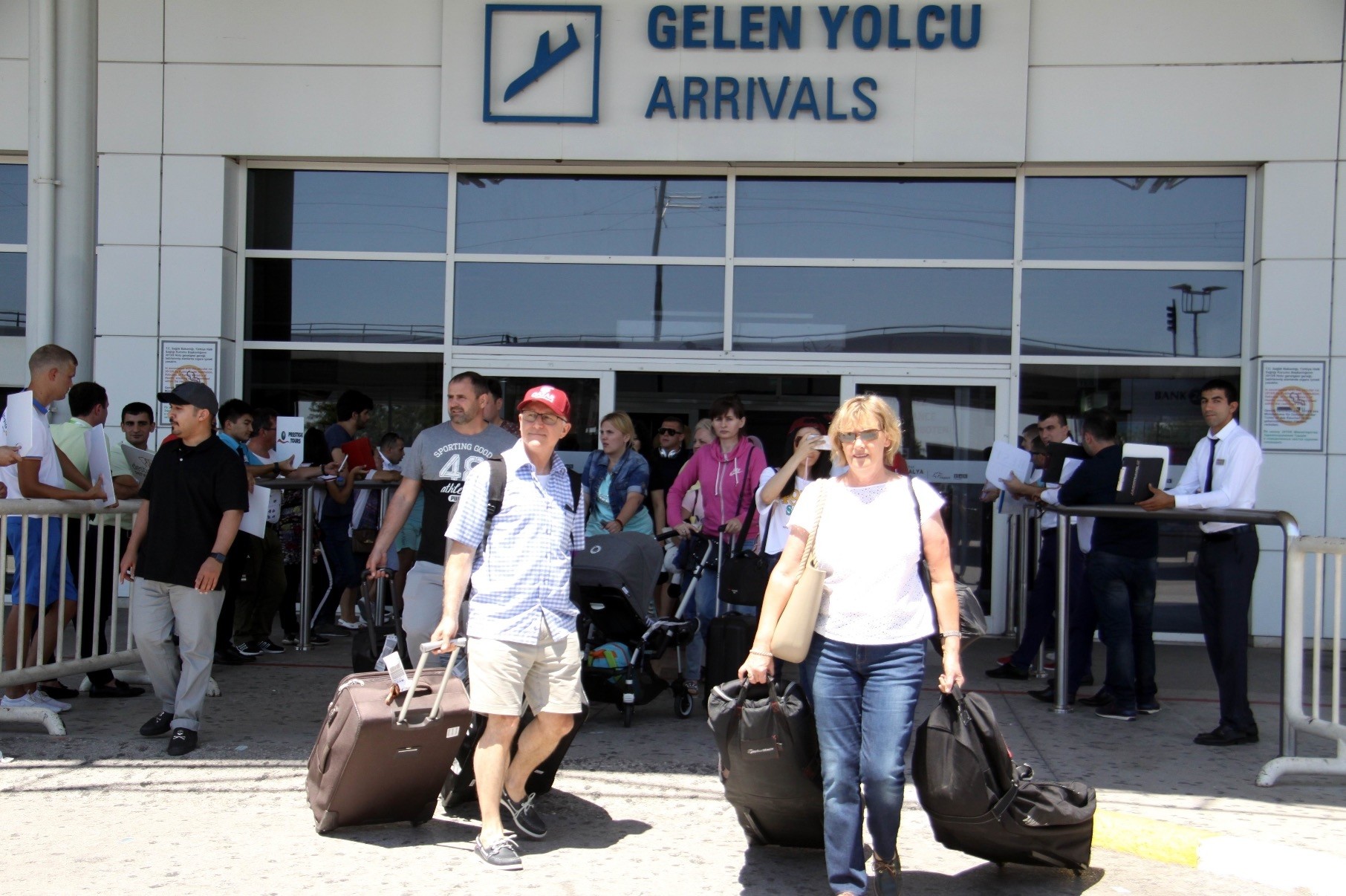 Tourist paradise Antalya welcomed more than 2 million tourists in June, including 1.94 million foreigners and 68,710 local tourists, according to Provincial Directorate of Culture and Tourism data yesterday.

The city hosted about 1.506 million tourists in June of last year.

The tourism capital hit a new all-time daily high in terms of the number of foreign tourists coming to the town in one day on June 23, welcoming around 79,485 tourists. The number of tourists to Antalya reached nearly 4.89 million in the January-June period, according to the data. Around 4.65 million of these were foreign tourists, while 234,173 were local.

The number of visitors to the city in the first six months of this year increased by 40.18 percent compared to the same period last year when Antalya welcomed some 3.49 million tourists.

Russia again led the way among countries as around 1.87 million Russians came to Antalya in the first six months of this year, an increase of 38.52 percent compared to the same period last year, while 847,745 tourists came from Germany and around 310,699, 239,360 and 153,554 tourists came from Ukraine, the U.K. and Holland, respectively. The number of tourists from Germany increased by 41.92 percent, while the number of tourists from Ukraine, the U.K. and Holland increased by 9.57 percent, 71.07 percent and 76.98 percent, respectively. Turkey also saw an all-time high in the number of tourists coming to the country in the first quarter as it welcomed about 5.1 million tourists, an increase of approximately 36 percent compared to the same period the previous year.

The Culture and Tourism Ministry announced Friday that Turkey welcomed nearly 11.5 million foreigners in the first five months of 2018.

The ministry said that the figure rose by 30.8 percent on a yearly basis, up from 8.8 million in January-May last year.

In 2016, some 25.3 million foreigners visited the country, in the midst of a tourism slowdown after the Gülenist Terror Group's (FETÖ) defeated coup, but the sector improved in 2017.

The Turkish government has set the country's 2023 targets as 50 million tourists and $50 billion in income.