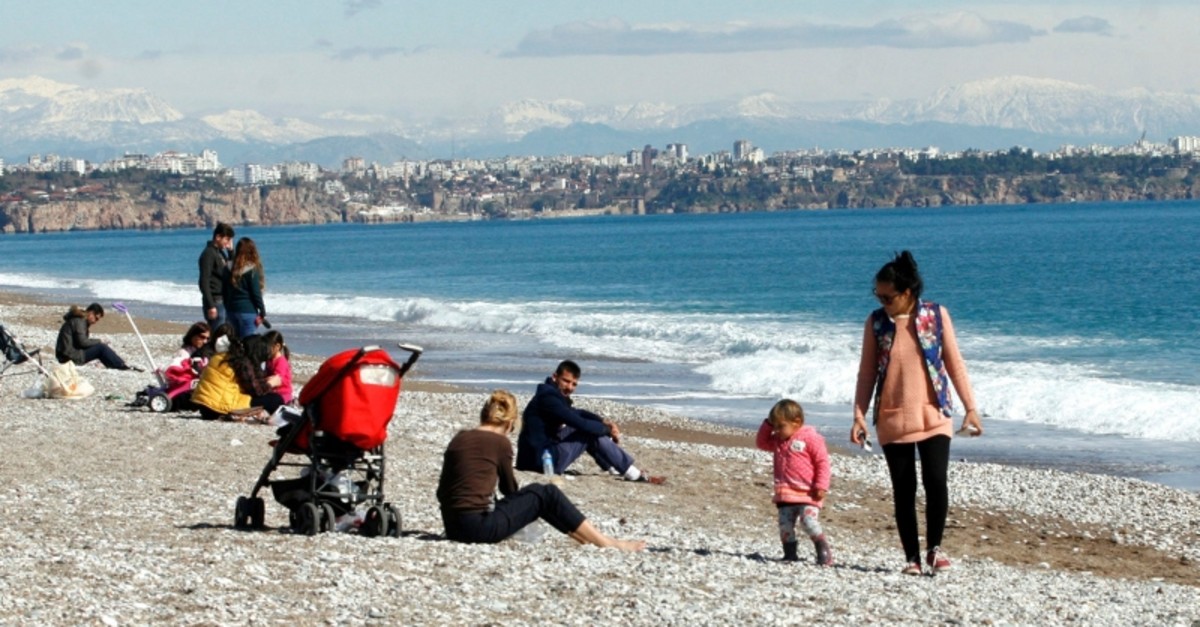 Turkey's tourism income totaled $4.63 billion in the first quarter of this year, the country's statistical authority announced on Tuesday.

Turkey welcomed over 6.6 million visitors in the three-month period, an 8.5% rise on a yearly basis -- 82.2% foreign and 17.8% Turkish citizens living abroad.

TurkStat said visitors' average expenditures were $697 per capita, as foreigners spent $678 per capita and Turkish citizens spent $765 per capita.

According to data from the Culture and Tourism Ministry, the number of visitors in March reached $2.2 billion with a 4.3% rise.

In the first quarter of the year, Bulgaria topped the list of visitors by country with 482,712 foreigners, accounting for 8.87% of all foreign visitors entering Turkey.

Bulgaria was followed by Iran, from which Turkey received 447,103 visitors. Germany came third with 427,424 visitors and was followed by Georgia with 371,111. Russians ranked fifth with 318,714 visitors in the first quarter of the year.

In the same period, visitors spent the most on food and beverages – foreigners with around $768 million and Turkish visitors with $242 million.

Foreigners spent some $518 million on clothes and shoes and $189 million on souvenirs in addition to nearly $15 million on carpets and rugs.

The primary visiting purpose of foreigners was travel, entertainment, sports and cultural activities with 55.5%, and their top accommodation choices were hotels, motels and pensions with 19 million overnight stays.

Istanbul, Turkey's world-famous touristic city, was the top destination with nearly 3.1 million tourists, accounting for 56.4% of all foreign visitors.

The northwestern province of Edirne, which borders both Bulgaria and Greece, welcomed some 695,000 foreigners.

The Mediterranean resort city of Antalya followed Edirne with over 500,000 foreign visitors in the three-month period.

Antalya welcomed 687,543 foreign visitors in April, according to the data of the Mediterranean Touristic Hoteliers Association (AKTOB). The April figure surpassed the total number of visitors in the first quarter.