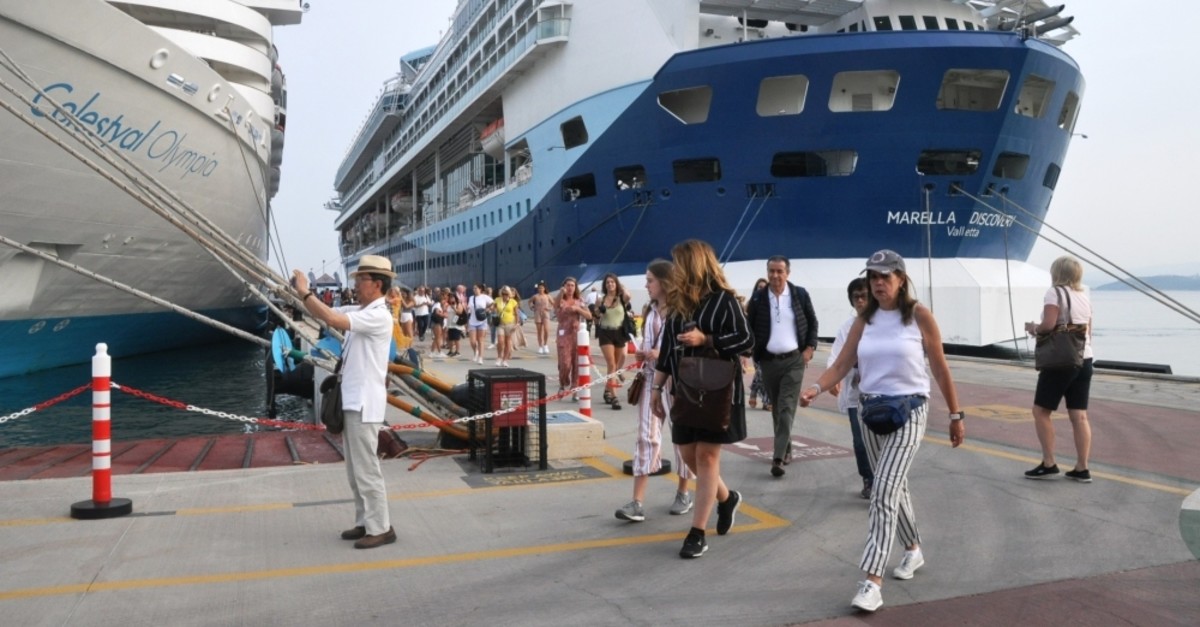 Located in the Aegean province of Aydın's Kuşadası, Ege Port is a top destination for luxury cruise ships. Four cruise ships, carrying a total of 4,400 tourists and 2,370 crew members, dropped anchor at the port on Tuesday.

Mostly American citizens, the passengers visited the historic sites of Ephesus in the Selçuk district of İzmir and the House of the Virgin Mary. Others preferred the downtown area of the city.

Ege Port General Manager Aziz Güngör said the mobility in cruise tourism is increasing. The port started welcoming ships in February. It has so far hosted 56 ships, carrying more than 46,602 passengers. Some 112 ferryboats also brought 10,428 passengers to the city.

Kuşadası is a famous holiday resort town conveniently situated close to major archaeological sites and the Dilek Peninsula National Park, one of Turkey's most biologically diverse areas. Kuşadası is also home to some of the region's most pristine beaches. In 2017, Kuşadası Ege Port welcomed 126 cruise ships, carrying 118,418 passengers.