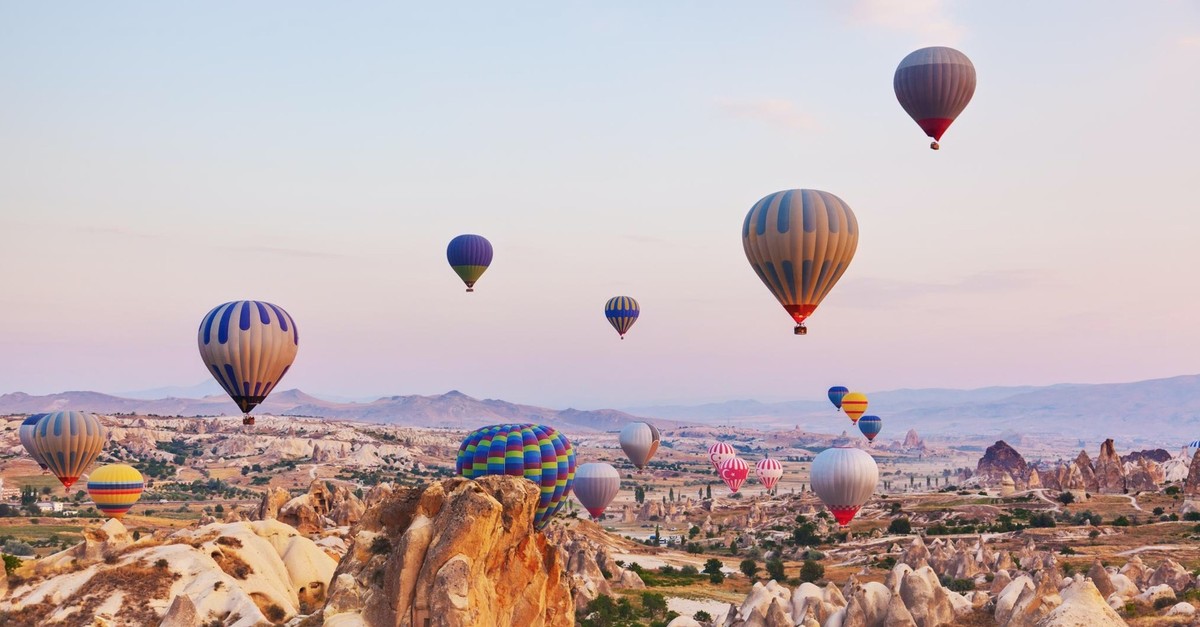 Hot air balloon tours, the most popular activity for tourists visiting Turkey's historical Cappadocia region, have generated about 43 million euros ($48.27 million) in the January-June period of this year. Tourists coming to Cappadocia, which has been on UNESCO's World Cultural Heritage List since 1985 with its fairy chimneys, natural rock formations, underground settlements, boutique hotels and rock-cut historical monasteries, have the opportunity to watch these eye-catching structures from the sky thanks to hot air balloon tours.

These one-hour tours, organized by numerous companies in the region, cost between 170 and 200 euros per person.

Göreme Mayor Ömer Eren told Anadolu Agency (AA) that the hot air balloons rising to the sky on the days with suitable weather add color to the landscape and provide significant tourism diversity. "We welcome many tourists in the region every year. Tourists admire the historical, cultural and natural beauties of Cappadocia," Eren said. "They are quite interested in the hot air balloon tours to see these beauties from the sky. The balloon sector is now identified with Cappadocia."

İsmail Sucu, who provides agency services for tourists in the region, said interest in hot air balloon tours has increased, adding many foreign tourists who come to the region to join the tours may not get this opportunity.

Sucu stated that Cappadocia is a beautiful flight destination due to the suitability of its nature and weather conditions. "Tourists in the region have begun to make the hot air balloon tour a priority," he continued. "We have guests who cannot find a place in hot air balloons due to the density." He further urged the General Directorate of Civil Aviation to review the number of companies and balloons and pave the way for more tourists to fly. "We need to ensure the participation of all tourists who request this balloon tour, which is essential for Cappadocia," Sucu said.