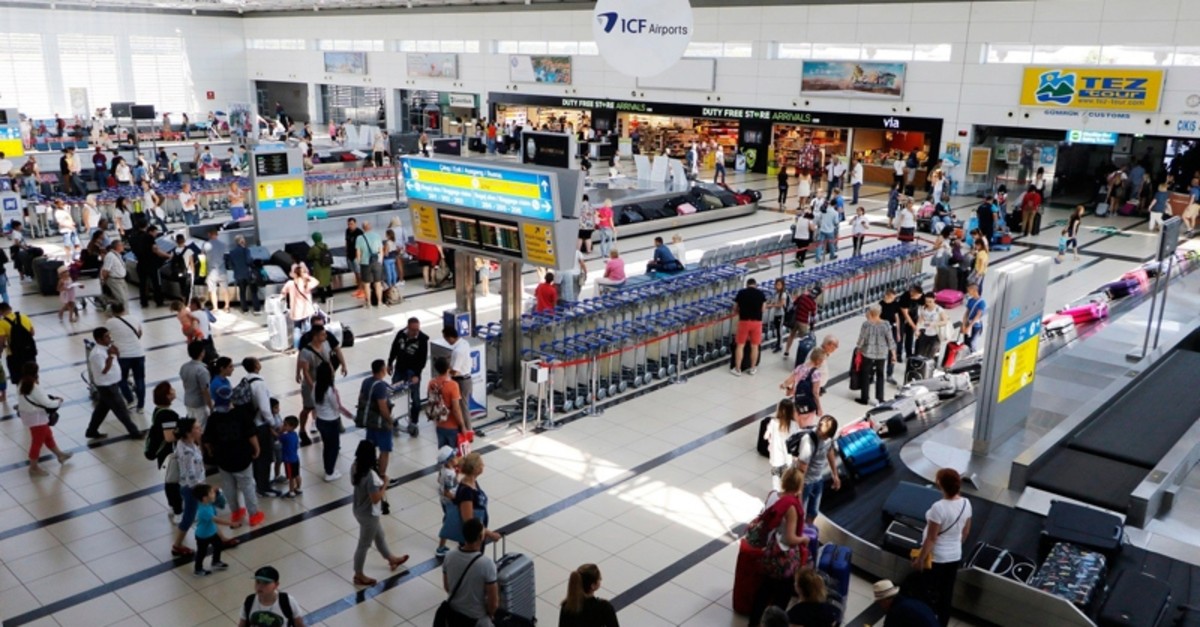 In the wake of the anti-Russia protests in Georgia, Russian President Vladimir Putin issued an executive order banning Russian airlines from flying passengers to Georgia. Pursuant to Putin's decision, the last passenger flight departed from Moscow to Tbilisi last night. Meanwhile, Russian tourists have turned their routes to Turkey for vacations now that Georgia is out of the picture for the time being.

After Putin's executive order banning Russian airlines from flying to Georgia, the last passenger flight took off from Moscow to Tbilisi last night, which has led Russian tourists to switch their bookings to Turkey instead of Georgia.

Massive protests broke out all around after Russian Communist Party member and MP Sergei Gavrilov chaired the second-day session of the 26th General Assembly of the Interparliamentary Assembly on Orthodoxy, which started on June 19 in Georgia's capital, Tbilisi. Many Georgians flocked to the streets upon the call of the Georgian opposition. While the events, which started on June 20, continue to grow with clashes between the police and protesters, Russian President Vladimir Putin announced his decision to stop all passenger flights from Russia to Georgia last week.

Following Putin's decision to temporarily stop flights, the last Russian Aeroflot Airlines' aircraft departed from the Russian capital Moscow to Georgia's capital at 10:05 p.m. local time. In addition to Russian Aeroflot, S7, Ural, Pobeda, Red Wings and Nordavia also complied with the executive order. Russian Transport Minister Yevgeny Dietrich said only 4,500 out of 54,000 Russian citizens in Georgia did not change their tickets and that these people would return to Russia in different ways.

Due to the crisis between Georgia and Russia, Russian tour operators refused requests for tours and reservations to Georgia; instead, they directed Russian tourists to reservations for Turkey, Southern Cyprus, Northern Cyprus and Armenia. Irina Tyurina, the head of the Russian Tourism Industry Union, said all citizens were directed to different countries, especially Turkey, during the holiday period. Russian Deputy Minister of Tourism Maksim Akimov, on the other hand, noted that the airlines had suffered a loss of more than 3 billion rubles ($47.16 million) so far due to changes in airline bookings and ticket cancellations.

Shalva Alaverdashvili, the head of the Georgian Hotels and Restaurants Federation, talked to Georgian press about the ongoing crisis between the two countries. Pointing out that the cancellations demanded by Russians have reached 80 percent, Alaverdashvili said Georgia's losses due to cancellations have amounted to $710 million so far.