Number of tourists up 71 pct in Cappadocia 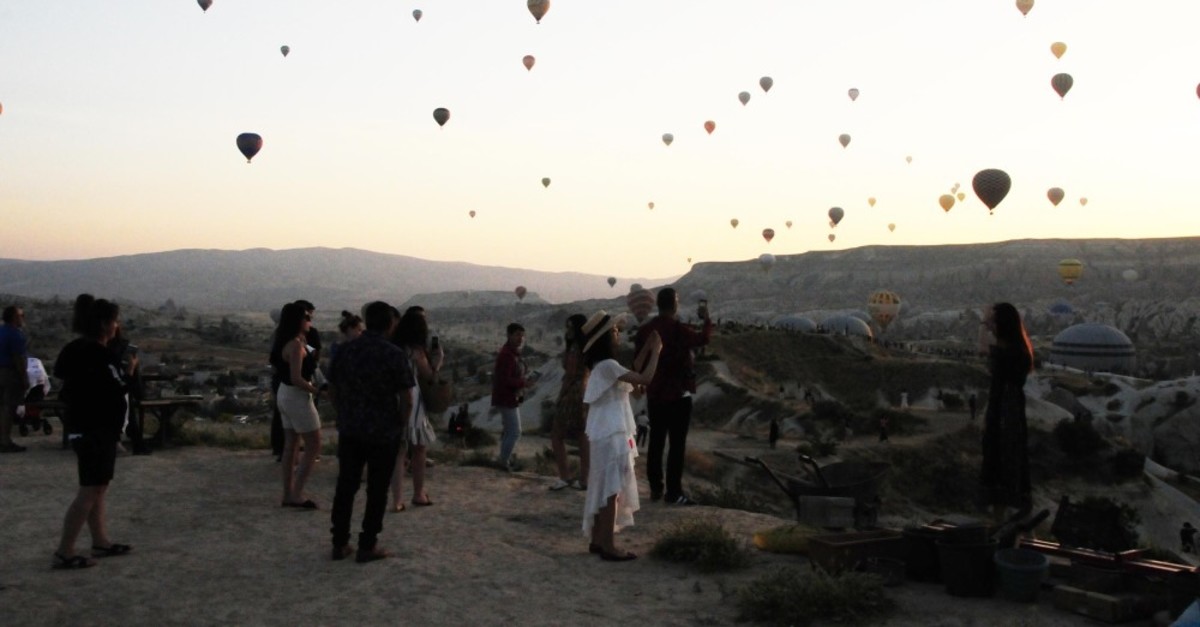 In June, 428,230 local and foreign tourists visited the Cappadocia region, which stands out as one of Turkey's leading tourism centers.

According to a statement released by the Nevşehir Governor's Office, in June 2019, 428,230 local and foreign tourists visited the cultural and historical centers in Cappadocia, one of the country's pioneering tourism regions with its fairy chimneys, rock-cut churches, boutique hotels and underground cities. The Göreme Open Air Museum was again the center of attention with 144,556 tourists in this period, followed by the Hacı Bektaş Veli Museum with 99,705 visitors and Kaymaklı underground city with 66,127 local and foreign tourists.

Cappadocia saw a 71 percent increase in the number of tourists in June this year, attracting 428,230 people compared to 250,960 local and foreign tourists visiting the region last year. The number of visitors in the first six months of 2019, on the other hand, soared 26 percent compared to the same period last year, rising from 1.2 million local and foreign tourists to 1.6 million visitors.