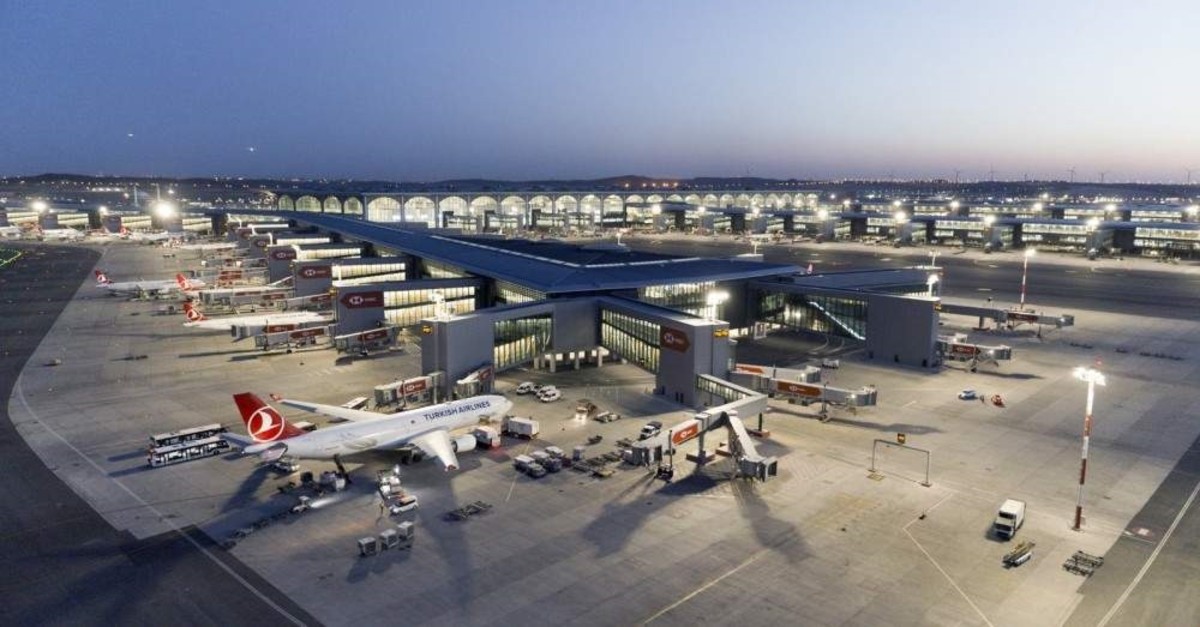 Opened just 42 months after breaking ground, Istanbul Airport – which launched its first phase of operations in April 2019 – expects to welcome 90 million passengers over the course of 2020, its first fully operational year

Heading into 2020, the huge state-of-art Istanbul Airport, which is currently only partially open and still under development, will for the first time be fully operational for a full year in 2020. It will, therefore, have a chance to showcase its full potential by hosting 90 million passengers, a figure it can handle in the initial phase of development.

Already seen as the new center of aviation rising from the outskirts of Turkey's most populous city, perched firmly on the shores of the Black Sea, the airport was officially opened in a grand ceremony on Oct. 29, 2018, coinciding with the 95th anniversary of the founding of the Turkish Republic. Two days later, Turkish Airlines flight TK214 took off for the capital Ankara as the first aircraft to leave the airport.

However, its first phase became fully operational on April 7, as it took over the air traffic from the now-closed Atatürk Airport. The civil aviation adventure undertaken at Atatürk Airport, which was commissioned in 1953, said goodbye with the pride of having accomplished its mission successfully. It was one of the busiest airports in Europe. The airport has transitioned to other uses such as training activities, aviation fairs and civil use, while some parts are to be transformed into a public park.

The transfer from Atatürk Airport was a success story in its own right. In what was said to be the greatest logistic operation in civil aviation history, thousands of tons of equipment, from huge aircraft-towing vehicles to extremely sensitive materials, were ferried across the city. Trucks carried equipment a total distance of 400,000 kilometers, an equivalent of going 10 times around the world. Over 1,800 personnel were employed during the operation.

The airport – a pinpoint megaproject by the ruling Justice and Development Party (AK Party) – was initially launched over a need for meeting the ever-growing demand from around the world, relieving air traffic with a strong infrastructure and large capacity.

Completed in 42 months, the first phase of the airport was built with a cost of 6 billion euros ($6.72 billion) with a public-private partnership (PPP) model by a consortium of Turkey's leading contractors Limak, Kolin, Cengiz, Mapa and Kalyon. The consortium will pay 1.1 billion euros annually for 25 years. The project represents a total economic size of 32.4 billion euros, excluding taxes. This figure constitutes an investment cost of 10.2 billion euros and 22.2 billion euros for rental costs to be paid to the government.

The new airport can handle 90 million passengers a year in the current phase of development, which, while it is a high figure, is nothing compared to its potential capacity to serve 200 million after the completion of all phases.

It served some 40.47 million passengers in its first year, while it reached its 50 millionth passenger on Dec. 23.

Transportation and Infrastructure Minister Cahit Turhan in October said the construction of the third parallel runway at the airport in the area of 76.5 million square meters located on the coast of the Black Sea between Yeniköy and Akpınar regions was nearing an end.

He said the runway is expected to be put into service in the summer of 2020 and with the opening of the runway, the Triple Parallel Runway Operation used in just a few airports in the world will be implemented.

When the number of passengers reaches 110 million, a new satellite terminal of 170,000 square meters is planned to be put into service at the end of the fourth stage.

The airport will eventually be able to host more than 100 airlines and operate 3,500 flights per day to about 350 destinations worldwide, making the city an aviation hub that has already seen an increasing demand thanks to its strategic location and as being a center for connecting flights.

The Istanbul Airport project is not only drawing attention as a travel hub. It also contains and uses state-of-the-art technology and has earned a reputation for its environmental awareness policies in line with international standards.

The airport's terminal building, which has continued to improve its sustainability since the design phase, was built to provide 24% more energy efficiency and 40% more water efficiency than conventional systems. Moreover, within the "Climate Change Adaptation and Action Plan," the airport has been adapted to climate change.

One policy implemented in the airport to create an environmentally friendly workplace for operators and businesses is the waste sorting system. This policy was part of the Zero Waste Declaration signed by the CEOs of 18 main stakeholders under the leadership of the airport's operator IGA. Accordingly, the waste is divided into five categories, paper/cardboard, packaging, glass, organic and domestic waste, allowing for proper recycling.

A GLOBAL HUB BETWEEN ASIA, AFRICA AND EUROPE

Istanbul Airport has already won several international awards, including the International Airport Reviews' (IAR) "Readers' Choice: Airport of the Year" award. The editor of the U.K.-based magazine, Tara Nolan, pointed out that the new airport in Istanbul serves "as a global hub between Asia, Africa and Europe."

The flight control tower of the newly inaugurated airport was also awarded by Chicago Athenaeum with the 2016 International Architecture Award.
Last Update: Jan 01, 2020 10:39 am
RELATED TOPICS