Kempinski continues to rake in awards 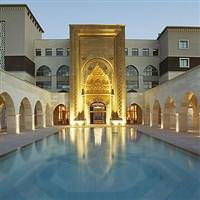 Already named the best luxurious coastal hotel and awarded for their Spa Center, Kempinski will now soon be receiving an award from France.
According to information obtained, the Bodrum Kempinski will be receiving the Villeguature Award from France, naming the hotel the best vacation resort of 2011.
The award will be handed out on November 14th at a ceremony to be held at the Paris Hilton Hotel. The decision to grant this year's award to the Bodrum Kempinski was decided by a jury consisting of 21 journalists from the international press.