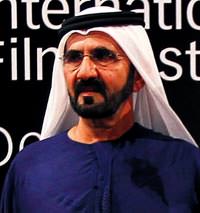 Dubai Emir Sheikh Al Maktoum will be taking on the operation of the historical Istanbul Pera Palace Hotel in 2012, in what will be Al Maktoum’s firm Jumeirah’s first step in Turkey.

The largest tourism company in the Middle East, Jumeirah, is now entering the Turkish market. The Dubai-based firm's first step is to take over the historical Pera Palace. Dubai's Jumeriah International sat down to the table with Demet Sabancı Çetindoğan, who purchased the Pera Palace in recent months, in order to acquire the operation rights for the Pera Palace in 2012. Details were not disclosed in regards to how long Jumeirah will take over operations and at what price.
THE OWNERS OF BURJ AL ARAB
Dubai Emir Shiekh Al Maktoum's Jumeriah also owns the most luxurious project conducted in Dubai. Jumeriah International has a portfolio of operations spanning from the first ever seven-star Burj Al Arab, otherwise known as the 'Sail Hotel' to the Emirates Tower, Madinat Jumeirah, Jumeirah Beach Hotel as well as a number of operations in Anguilla, Argentina, the Bahamas, Bahrain, China, Qatar , Thailand, England and the United States in addition to a variety of other countries.
CONSIDERING A PROJECT IN EYÜP
The owner of Demsa, Demet Sabancı Çetindoğan, had announced the purchase of Pera Palace from İhsan Kalkavan just a few months ago. The Pera Palace has a total of 115 rooms, 16 of which are suites. Last week, Jumeriah included Eyüp in their Turkey tour and made an offer to take on the operations of a hotel included in the Bayraktar & Gürsoy Investment partnership's project to build a shopping and entertainment center in Eyüp.