Holiday-goers who reserve early come out on top 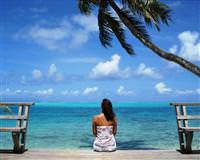 Turkey's 'Early Reservation Campaign' continues to draw in increased interest from domestic vacationers with anticipations that participants will reach two million this year.

According to information from the Culture and Tourism Ministry Promotion General Directorate, the early reservation system, which was started in 2009 by the Ministry of Culture and Tourism, TÜRSAB and TÜROFED in an effort to revitalize the domestic market and to provide citizens with price advantages, has turned out to be very successful, providing travel agencies with up to 40 percent sales.
The 'early reservation campaign' kicked off in 2009 with a one-month period, in 2010, the time frame was increased to three months and in 2011 to four months. This year, the campaign kicked off on December 22nd and will go on until the end of May. Meanwhile those who made reservations in the initial campaign period also benefited from up to 45 percent discounts on package tours. Turkish Airlines and other private airlines have also offered discounts during the campaign period.

OVER FOUR YEARS, SIX MILLION PEOPLE HAVE MADE EARLY RESERVATIONS

''HABIT OF PLANNING VACATIONS EARLY IS ON THE RISE''

According to Tour Operators Union Platform Spokesman Cem Polatoğlu, citizens who want to benefit from the campaign should act fast. "Tourists that are concerned about travelling to Egypt or Tunisia are now being redirected to Turkey. This means that because foreigners will snatch up the rooms on offer, in May prices may go up. Some hotels are already full. If domestic tourists want to have an affordable vacation, they need to act soon."

Polatoğlu explains that due to the campaign, Turkey's early vacation planning habit has increased, which allows for citizens to enjoy more affordable vacations and states that up until five years ago Turks tended to plan their vacations at the last minute. Polatoğlu also states that early reservations now account for practically 70 percent of the reservations made throughout the season.

According to Marketing Manager Sarp Özkar this year's early reservation campaign is especially taking hold and they have already seen a 35 percent increase in sales compared to last year.
Özkar also emphasizes that upon inspection of the percentages derived from the early reservation campaign, cruise ships come out the clear winner with a 155 percent increase compared to last year. According to Özkar, the cruises that are in highest demand are to destinations such as Italy, Spain and Central Europe.