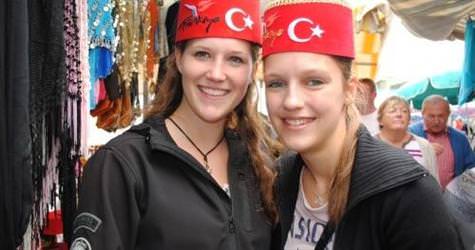 Antalya Governor Ahmet Altıparmak was joined by the Russian Federation Antalya Consul General Alexander Tolstopyaten in a celebration in honor of Russia's National Day held in Antalya. During his address at the ceremony, Tolstopyatenko thanked Governor Altıparmak for his hospitality and support. Tolstopyatenko stated that Russia's National Day has been celebrated for 20 years now and expressed how pleased he was to be celebrating it this year in Antalya. Tolstopyatenko also noted that they were ready to commit to all forms of collaborations in order to perpetuate the pleasant relations between the two nations.