A “double holiday” in Safranbolu 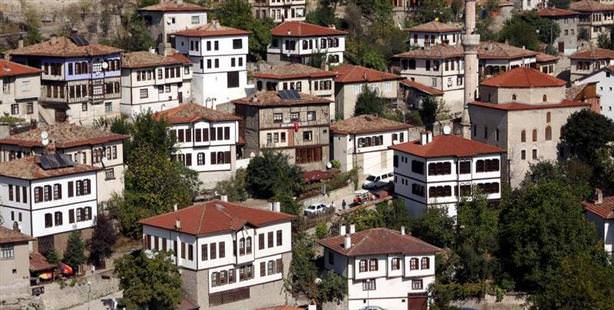 Tour operators in the UNESCO World Heritage site of Safranbolu, located in Karabük province are pleased the combination of Eid al-Adha and Republic Day has resulted in a six-day official holiday.

The 3,000 year-old city of Safranbolu is a popular destination for those interested in seeing the unique beauty of the region's bridge and homes as well as Ottoman-era architecture by way of the Han, Mosque, Bath and Medrese, and draws in approximately 600,000 domestic and foreign tourists alike.
The region's tradition buildings, built between the 18th and 20th centuries, which are generally three-stories high and have six to eight rooms, are especially popular for visitors who tend to flock to the region during religious and official holidays.

District Governor Gökhan Azcan explains that at present, Safranbolu hosts 600,000 domestic and foreign tourists; a number which he says is increasing every year. Explaining that Safranbolu is a desirable tourism destination, Azcan states that the district, which is pretty much an open-air museum, will be having a double celebration due to the extended six-day holiday.

Emphasizing that the holiday will create both an economic and social rejuvenation for the area, Azcan states, "Vacationers have already made their reservations. We are expecting to host approximately 30,000 tourists over the six-day holiday. We are also expecting our accommodation capacity of 3,000 to be 100 percent occupied. We have taken all forms of measures in the district and are waiting on holiday-goers arrivals."