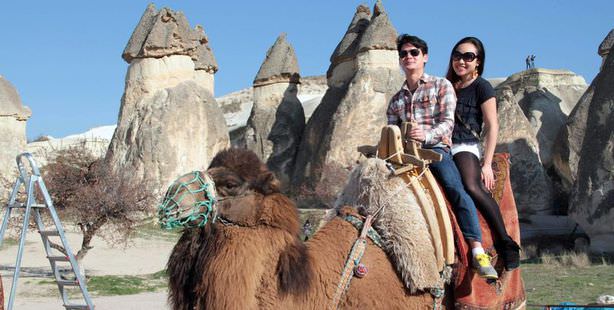 Cappadocia, which with its famous fairy chimneys, rock churches and underground settlements, is one of the most important cultural tourism centers, hosted 350,532 tourists in the region’s historical and touristic centers in the first three months alone of this year.

Cappadocia has seen a rising number of both domestic and foreign tourists visiting the region this year compared to the year prior. According to an announcement by the Nevşehir Governorship, in the first three months of this year 350,532 domestic and foreign tourists visited the following sites in the Cappadocia region that are opened to tourism on behalf of the Ministry of Culture and Tourism:

During the same time period last year, 262,290 tourists visited the museums and ancient sites in the Cappadocia region.