Tourists heading for Cyprus to prefer the Turkish side 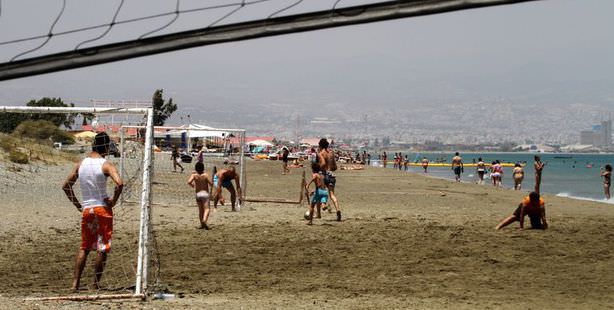 Southern Cyprus, which is already experiencing tough times due to the crisis, will soon be hit once more, however this time from the north. The Turkish Republic of Northern Cyprus is aiming to overcome the isolation issue with Turkish Airlines in order to sway the tourists headed to the Greek part of the island to visit the north.

Merit Tourism Group Executive Board Chairman Reha Arar says that due to the isolation of Northern Cyprus on behalf of Europe, their biggest issue is the lack of transportation. "European tourists come to Northern Cyprus on charters (private flights) or on passenger flights. We have requested from THY that they develop a 'touchdown' system for flights to Northern Cyprus. With this system, passengers who want to go to Cyprus will first land in Antalya and then without delay will be able to fly directly to the island," stated Arar. Noting that they are expecting a 25 percent increase in the numbers of tourists to come to Northern Cyprus from Europe, Arar said, "We are expecting to host more than a million tourists in total."

CASINOS WILL ALSO BE TO OUR ADVANTAGE

Arar mentioned that tourism operators in South Cyprus have now dropped hotel prices and are working on trying to have the casinos that were shut down reopened. According to Arar, this situation would reflect positively on tourism in the TRNC. "Casino tourists like to play in different casinos. Therefore, they would come over to our side," said Arar.

TRANSPORTATION IS A BIG ISSUE

Kaya Otels&Resorts CEO Sami Turkay explained that tourists that come to Southern Cyprus do cross over to the TRNC for daytrips, however due to certain political pressures it does not happen frequently. "Our biggest issue here is transportation. As long as this issue is not overcome, I don't believe that there will be a significant increase in European tourists that visit Northern Cyprus," stated Turkay.