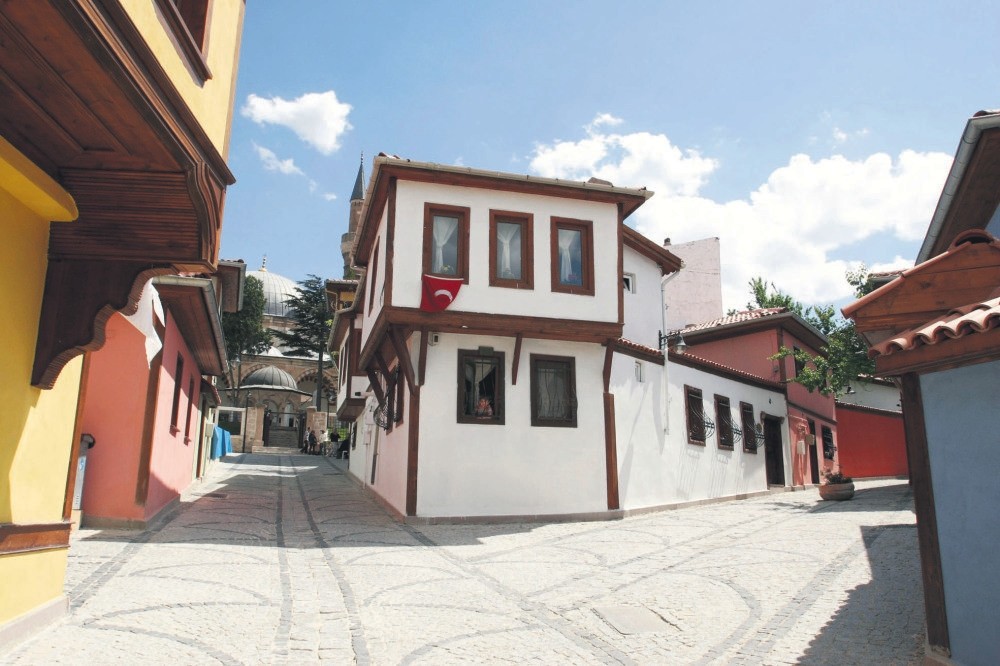 by Daily Sabah Aug 04, 2016 12:00 am
Included on UNESCO's World Heritage List, the Safranbolu district of Karabük, which is famous for its Ottoman-era inns, public baths, mansions, houses, mosques, fountains and bridges, welcomed 246,000 tourists in the first seven months of 2016. Safranbolu Municipality Mayor Necdet Aksoy assessed Safranbolu's tourism success and said that the number of tourists coming to the district has increased compared to the same time last year.

Aksoy claimed that the district's tourism activities have not been affected by the recent incidents. "Although Turkey's tourism has been affected by the recent developments, Safranbolu is out of its radius. While many tourism hubs in Turkey are suffering from a decrease in the number of tourists following the crisis with Russia, Safranbolu has been overflowing with tourists. People from all over Turkey and 51 countries around the world have come to see Safranbolu, which is an open air museum, especially in summer."

By August of last year, Safranbolu had hosted roughly 200,000 tourists. However, this year there has been a significant increase in the number of tourists. "In the first seven months of the year, we welcomed 246,000 tourists in Safranbolu. However, we aim to increase this number with the promotional activities and projects we will initiate until the end of this year," Aksoy added.

Stating that they welcome tourists from all over the world, Aksoy said: "Our district greets tourists from places like the U.S. and China every year. In the first seven months of this year, a total of 6,984 tourists from Taiwan visited Safranbolu. Considering the number of tourists according to their nationality, tourists from Taiwan are followed by tourists from China, Japan, Germany, Australia, South Korea, France and the U.S. We are also working on new projects to draw Arab tourists to the region."

As a part of the "Tourism Master Plan" prepared by Karabük University (KBÜ) and Safranbolu Municipality, the district aims to welcome 1,000,000 tourists annually. Commenting on the plan, Aksoy said that they will attend more tourism fairs and promote the district as much as they can. Moreover, the municipality will join forces with the International Golden Saffron Documentary Film Festival and invite many national and international photographers and documentary filmmakers to Safranbolu as a part of the 17th edition of the festival. Mayor Aksoy also said that they aim to collaborate with certain Turkish institutions to host well-recognized scientists and artists in the district. Aksoy conveyed that all these projects will contribute to tourism in the region and will enable them to reach their goal of 1,000,000 tourists.
RELATED TOPICS