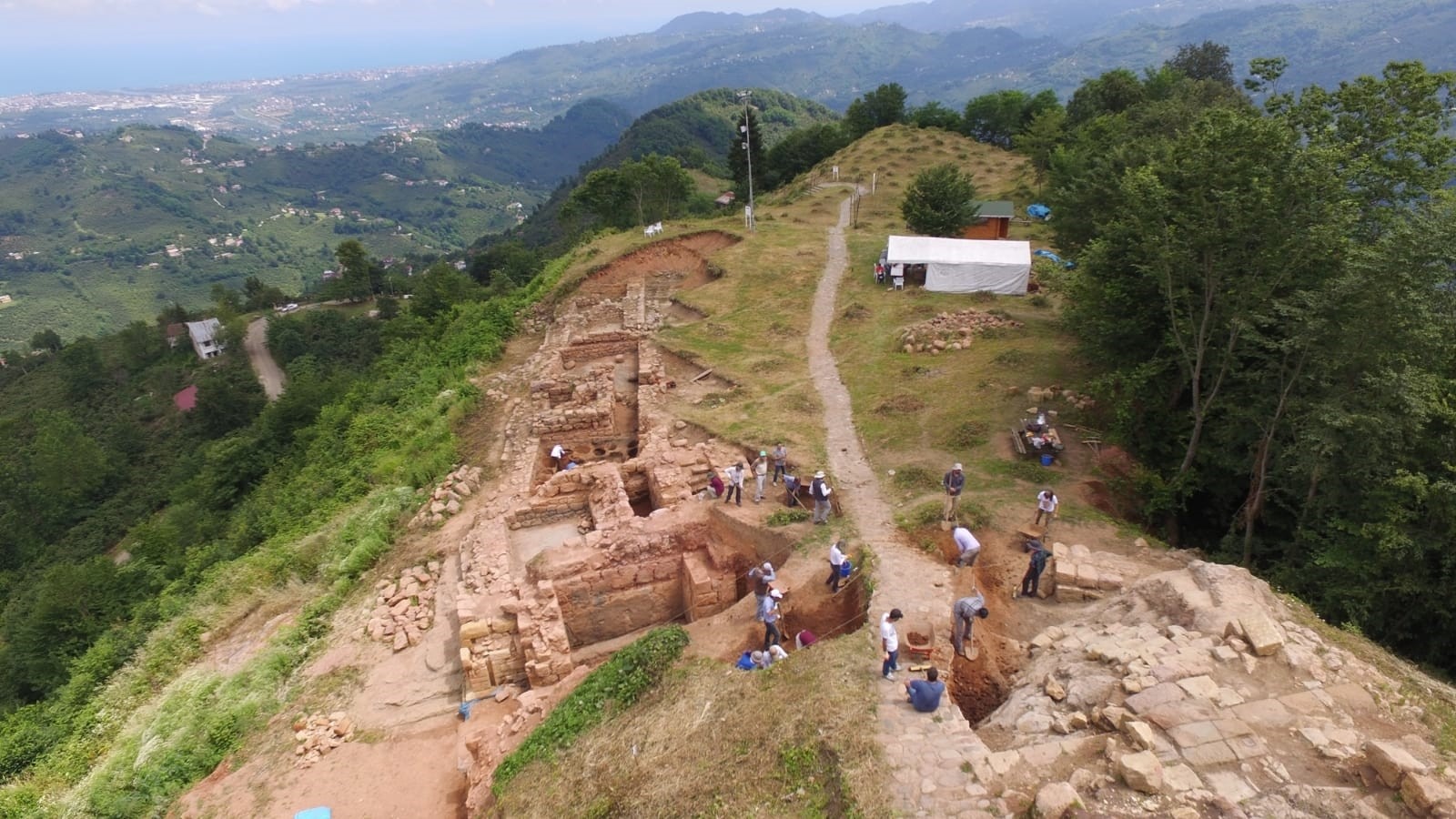 In a written statement released by the Ordu Metropolitan Municipality, it was noted that the municipality immediately took action after it was discovered that the Kurul Castle, located within the Bayadı Quarter in Altinordu district and opened as an excavation site nine years ago, was home to three 2,100-year-old sculptures, in addition to the sculpture of Kybele.

According to the statement, for the Kurul Castle, where 2,000 pieces of historical monuments that could fill up a museum were unearthed, Ordu Metropolitan Mayor Enver Yılmaz contacted the Ministry of Foreign Affairs and made a request for the historical site to be included in the tentative list of UNESCO World Heritage Sites.

Ordu Metropolitan Mayor Yılmaz said they made the initial application for the Kurul Castle to be included in UNESCO's list with the instructions of Foreign Minister Mevlüt Cavuşoğlu, thanking Minister Çavuşoğlu and Deputy Foreign Minister Yavuz Selim Kıran for their support in this process.

"In 2016, a joint service protocol on providing support for the scientific excavation and environmental regulation studies of the Kurul Castle was signed between our municipality and the Ministry of Culture and Tourism's General Directorate of Cultural Assets and Museums," Mayor Yılmaz continued in the statement.

"Within two years, we provided support for the rapid progress of the excavations with a grant of TL 1.6 million ($244,456). We have so far witnessed that Kurul Castle, which was home to thousands of years of civilizations, is flourishing with history. The discovery of the mother goddess statue of Kybele, as well as the two thousand pieces of historical artifacts that were found herein the last two years, was proof of how right the decision we made was."

Yılmaz said that the excavations are carried out in the castle with a team of 40 people, including 25 archaeologists, with the support of the municipality in order to uncover the hidden history.

"We will continue to work for this region where we believe that larger works will come into daylight each passing day," the mayor added.

It was pointed out in the statement that there are 18 registered areas in the UNESCO World Heritage List which cover historical and natural riches in Turkey.

The rescue excavation launched in the castle, built on a slope rock, in 2010 under the chairmanship of the Ordu Museum Directorate with the participation of Prof. Dr. Süleyman Yücel Şenyurt from Gazi University continued until 2017.

As a result of the examination of the roof tiles of baked clay and the masonry ceramic pieces found during the excavation at the Kurul Castle, whose 250-300 steps of stairs were unearthed, it was revealed that the region was a settlement area in 1st and 2nd century B.C.

"Mother Goddess Kybele" statue estimated to be 2,100-years-old was unveiled in the excavation carried out in 2016.

There is also a historical tunnel and a water cistern in the region surrounding the Kurul Castle, which is one of the major touristic sites in Ordu with hiking trails, seating sets and viewing terraces built all around.