Tombs in 'city of gladiators' to open for visit 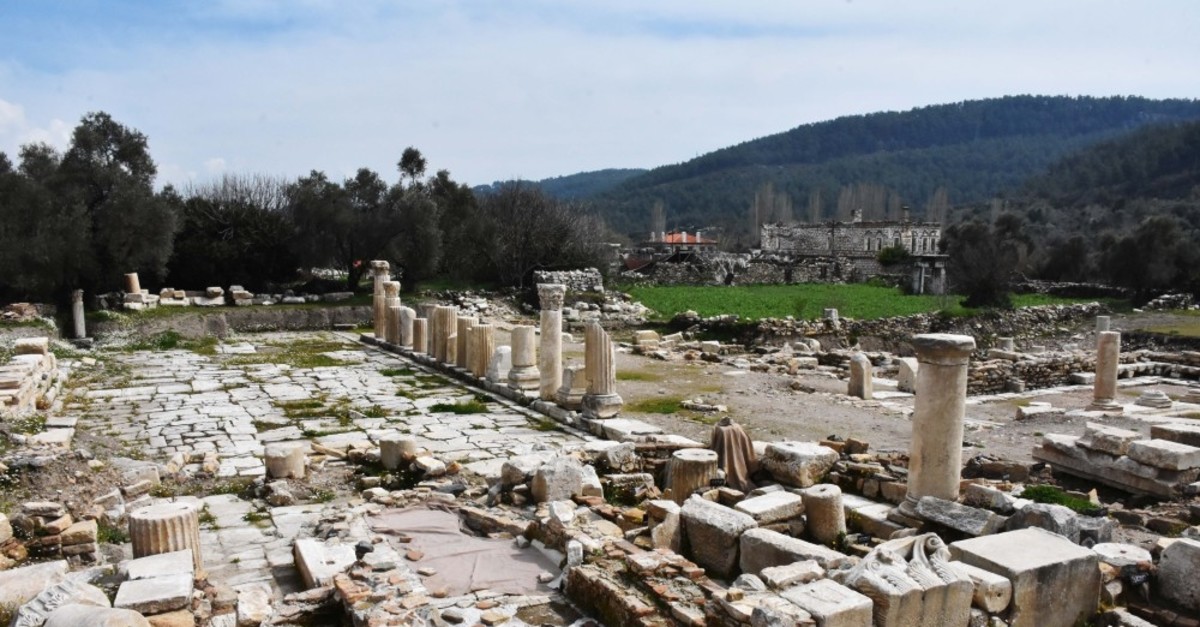 Western Turkey will showcase tombs and sarcophagi unearthed from one of the largest marble cities of the world.

The ongoing excavations in the ancient city of Stratonikeia in Yatağan, Muğla reveal new historical artifacts as part of a project launched by Turkey's Culture and Tourism Ministry on March 1. The project allows excavation works to be carried out continuously for a 12-month period and supports the ongoing efforts with additional experts and personnel.

Speaking to Anadolu Agency (AA), Bilal Söğüt, head of the Stratonikeia excavations, said that many findings dating back to some 3,500 years ago were discovered in the ancient city, which hosted many historical civilizations. Also known as the "city of gladiators," the historical cite was important in the Hellenistic, Roman, Byzantine and Anatolian periods as well as the Ottoman and Turkish Republic eras.

Söğüt said that the excavation team found a wall of a tomb and a sarcophagus belonging to the Roman era and the findings have been taken under protection. "We [with Muğla Museum] initiated work to display the tomb and sarcophagi - which can be carried from its place at the entrance of the city by the board decision," he said, adding that there were samples that could go back to some 4,500 years ago.

"We are fulfilling a very important project that will set an example for Muğla," he said.

They have already placed gladiator graves at the entrance of the ancient city, Söğüt said, adding that there will be Turkish and English labels describing the pieces. He said that the graves would be classified according to the era they belong to

starting from the Bronze Age (circa 3,000 B.C.) and added that the pieces on display are the ones that cannot be protected in its original place.

Stratonikeia was included in the UNESCO World Heritage Temporary List, Söğüt said. He added that the excavations supply them with new information every year, and the project will pave the way for unearthing archaeological values and finding important data.