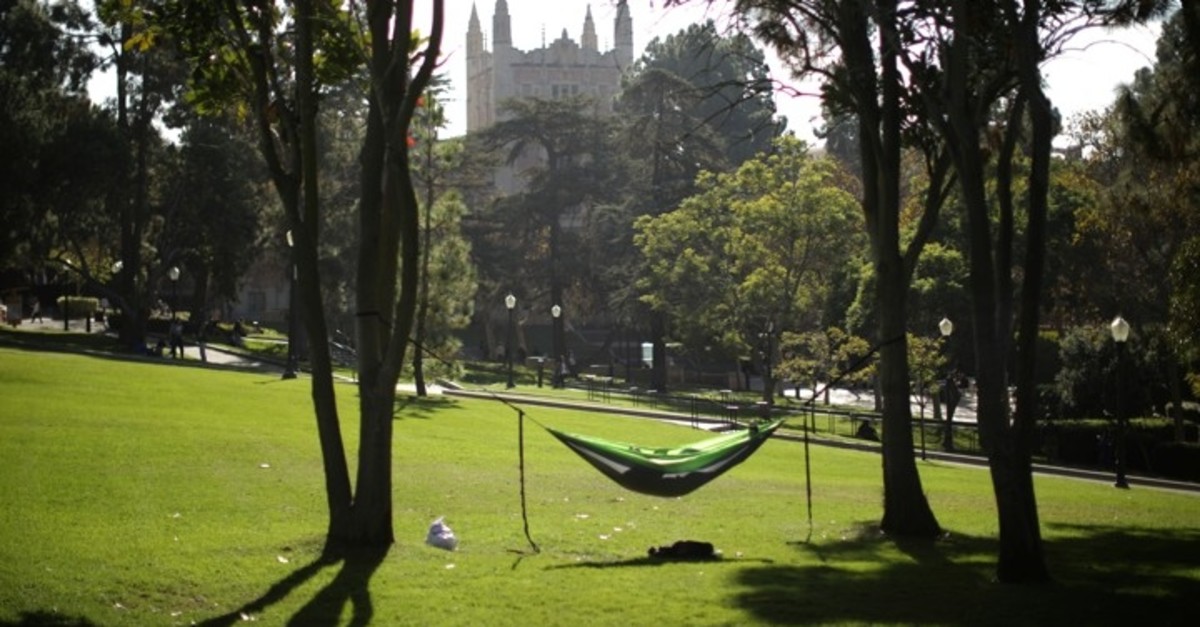 A group of people is expected to protest the 300 euro fine given to a tourist for sleeping on a hammock in northern Italy on Saturday.

Calling themselves the Free Hammock Collective, the group, consisting of around 100 people, will demonstrate in solidarity with the tourist, reports said.

Police in the northern Italian city of Trieste gave a 300-euro-fine (340 dollars) to a man who was snoozing on a hammock by the seaside.

The incident took place on Wednesday afternoon. Trieste local police publicized it a day later, and on Friday it made it onto Italian national media.

The man, a 52-year-old Austrian tourist, had hung his hammock between two trees. Police said they sanctioned him because city rules say you cannot attach anything to trees or plants.

The decision was widely criticized as overly harsh on social media.

Roberto Cosolini, a former mayor of Trieste, suggested on Facebook that police could have "started explaining the rule and invited [the tourist] to respect it," instead of immediately giving him a fine.

Meanwhile in Venice, a couple from Berlin, aged 32 and 35, were fined 950 euros in total ($1,066) on Friday for using a small cooker on the footsteps of the famous Rialto bridge.

The backpackers were preparing some coffee, Venice city hall said in a statement, adding that they were stopped by local police and given expulsion orders from the city.

"Venice must be respected and those louts who think they can come into the city and do whatever they want must understand that [...] they will be caught, fined and expelled," Mayor Luigi Brugnaro said.