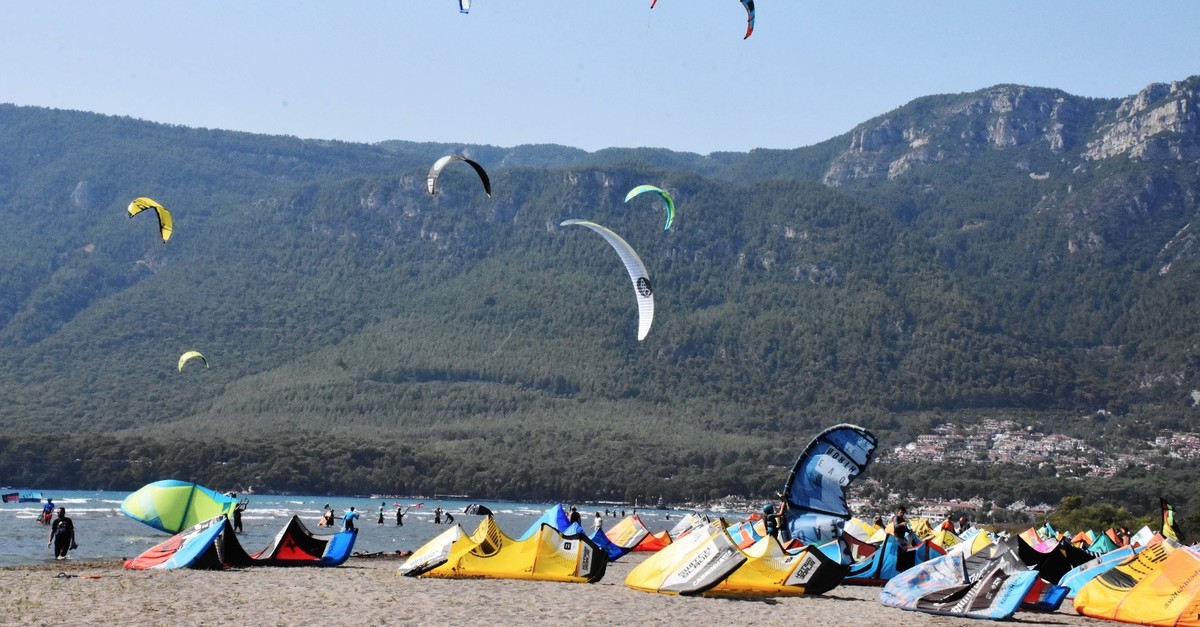 The beach is considered one of the eight best beaches in Europe for windsurfing and kitesurfing."In recent years, surf enthusiasts from the U.K., Russia, Ukraine, Germany and Poland have come to dance with the wind for most of the year," surf trainer Ramazan Taş told Anadolu Agency (AA). Taş noted that athletes from many European countries use the area for training due to its "magnificent nature and favorable weather conditions."

Many athletes return to the place after their first visit. Windsurfer Michael Tihorge said he came from South Africa to get training six years ago. "I admire the nature and the people of this place. The Turkish people were very welcoming," Tihorge said. "There's a good wind here for windsurfing. You can stay in the water all day long," he added. Andrea Wolferger, another windsurfer from Australia, said he preferred Akcapinar because of its constant and powerful winds.