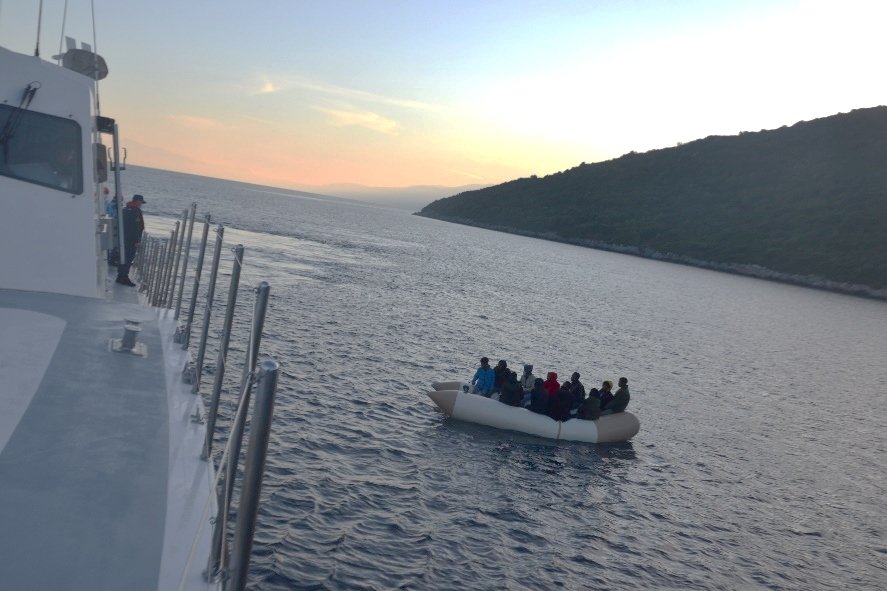 A total of 172 irregular migrants were rescued in the Aegean Sea off western Turkey, the country's Coast Guard Command reported Tuesday.

On Nov. 6, 32 irregular migrants, who were identified on a rubber boat off the coast Izmir’s Dikili district, were taken to shore by the Coast Guard teams.

Another 24 migrants were detected by radar in the Dikili district and rescued; they were stuck due to engine failure and went adrift. Also off the Çeşme and Foça coasts, coast guard teams rescued 96 migrants on Nov. 7.

Turkey has accused Greece of large-scale pushbacks, summary deportations and denying migrants access to asylum procedures, which is a violation of international law. Ankara also accuses the European Union of turning a blind eye to this blatant abuse of human rights.

Most recently, a German weekly reported that Greece adopts "brutality against asylum seekers" as policy.

The EU has clear rules regarding the treatment of asylum-seekers, giving them the right to apply for asylum once they are within EU territory. But Greece violates these rights, Der Spiegel noted last week.