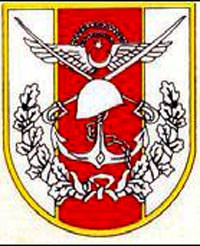 Turkey's generals asserted their role as guardians of the secular Turkish state on Friday, a day after the trial began of nearly 200 officers accused of planning a coup seven years ago.

In a statement issued on the armed forces Website, the military's top brass vented its anger over the use of the Kurdish language in parliament this week.
But the timing and tone of its comments on constitutional duty will add to a sense of tension between the military and Prime Minister Tayyip Erdogan's government.

"The Turkish General Staff has always been and will continue to be party to the protection of the nation state, the unity and secularism of the state," the statement said.

Those words reflect the sensitivities of a military high command that has lost influence as Erdogan pushed democratic reforms aimed at making Turkey fit to join the European Union.

The military's relations with Erdogan's AK Party have been fractious since it swept to power in 2002. It is suspicious of the AK's past Islamist links, though the AK depicts itself as a Muslim version of Europe's Christian Democrat parties.

Turkey's generals have ousted four governments since 1960, most recently in 1998.

But most Turks believe the time for coups has passed as the country's democracy gathers strength and people become more empowered, thanks to an unprecedented phase of economic growth that the AK Party has overseen.

With the trial of 197 serving and retired officers underway in the town of Silivri, west of Istanbul, anything new armed forces chief General Isik Kosaner says will be scrutinised.

Investors keep an eye on Turkey's internal frictions, but have become well-used to the sometimes volatile politics.

The "Operation Sledgehammer" case revolves around a military seminar in 2003 in which plans were discussed to bomb historic mosques and provoke conflict with Greece in order to create conditions for a military takeover. The officers involved deny any conspiracy, and say it was merely a war game scenario.

The trial comes a little over six months before a parliamentary election that is expected to result in the AK Party winning a third consecutive term.

An initiative by Erdogan to enhance Kurdish rights as part of a strategy to solve the Kurdish problem has run into opposition from nationalists and ordinary Turks whose attitudes have hardened over the years.

Having waged a counter-insurgency campaign against Kurdish separatists in the southeast since the 1980s, the military is wary of moves to allow greater autonomy.

Some 40,000 people have been killed in the conflict.

The generals fear that any acceptance of Kurdish in parliament would undermine the fabric of the republic founded by Kemal Ataturk in 1923 out of ashes of the Ottoman Empire.

"We are concerned that debates over 'our language' are being rapidly taken to a point where it will radically change the basic founding principle of our Republic," the General Staff said in a statement posted on the military's website.

President Abdullah Gul, an ally of Erdogan, implored the Kurdish MPs on Wednesday to act with "reason and common sense" after they spoke in Kurdish during a parliamentary debate.

"Anti-democratic evaluations like this will not be accepted by us," Demirtas told journalists in Ankara.