Israeli FM vows no apology to Turkey on raid 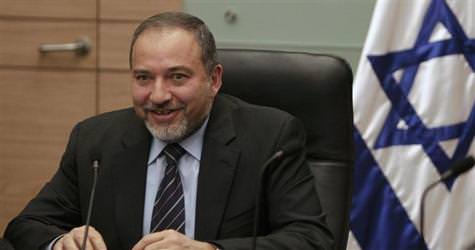 Israeli Foreign Minister Avigdor Lieberman vowed that Israel would not apologise to Turkey for a commando raid on a Gaza-bound aid ship that killed nine Turkish activists.

Speaking in Jerusalem at a meeting of Israel's ambassadors, Lieberman said Ankara's demand for an apology before normalising relations between the former allies was "a cheek."

"The ones who have to apologise are the government of Turkey for supporting terror," he said. "There will be no apology" from Israel.

But Prime Minister Benjamin Netanyahu's office, in a statement, later distanced itself from the foreign minister.

Lieberman was "only expressing a personal opinion, like other ministers do," it said. "Mr Netanyahu is the only one who can express the position of Israel" on the dispute with Turkey.

Relations between once close allies Turkey and Israel have frayed almost to breaking point in the past year over Israel's May 31 raid on a flotilla of aid ships seeking to break the Israeli blockade of the Gaza Strip.

Earlier this month, the two sides held fence-mending talks in Geneva and drew up a draft deal to end the crisis, which has yet to be approved by Israel.

The draft calls for Israel to apologise for the raid, compensate the victims' families and for both sides to resume full ties, including the return of Turkey's ambassador to Tel Aviv, who was recalled over the incident.

But there is significant Israeli opposition to issuing an apology for the incident, particularly because it could be seen as an admission of liability and open Israel or its troops to prosecution in international courts.

Relations between Israel and Turkey had already been strained before the raid, over Israel's devastating war on Gaza launched in late December 2008.

Israel was also unhappy with Turkish Prime Minister Recep Tayyip Erdogan's frequent outbursts against the Jewish state and his defence of the Palestinian Islamist movement Hamas which rules Gaza.

Turkey and Israel had enjoyed a decade of close ties since 1996 when they signed a military cooperation agreement, and Ankara even facilitated exploratory peace talks between Israel and Syria.

On Sunday, the Turkish ferry that was the target of Israel's deadly naval raid received a rapturous welcome from thousands as it arrived back in Istanbul after a lengthy refit.

Crowds waving Turkish and Palestinian flags lined the quayside, many chanting "Allah is Great," as the Mavi Marmara berthed.

According to the ferry's owner, a Turkish campaign group called IHH, the Mavi Marmara will be part of a new flotilla which will leave for Gaza on May 31, 2011, exactly one year on from the deadly raid.