Lebanon leader in Turkey for talks 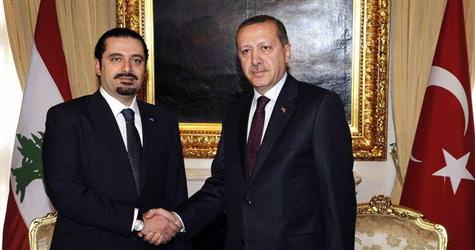 Lebanon's Prime Minister Saad Hariri was in Ankara on Friday for talks expected to focus on the political turmoil in his country, news reports said.

Hariri arrived in Ankara late Thursday to discuss the crisis in Lebanon triggered by the collapse of his government, Anatolia news agency said. On Friday he met with Turkish counterpart Recep Tayyip Erdogan at 08H00 GMT.
Officials with the Turkish prime minister said the two leaders may comment to the media after their meeting although no press conference was scheduled.
In a move led by the Iranian-backed Hezbollah, 11 ministers withdrew from Hariri's hard-won unity government Wednesday, forcing its collapse and plunging the country back into crisis.
The move was linked to a long-running dispute over the UN-backed Special Tribunal for Lebanon, which is reportedly set to indict high-ranking Hezbollah operatives in the 2005 assassination of ex-premier Rafiq Hariri, Saad's father.
The resignations came after Saudi Arabia and Syria failed in their bid to find a compromise between the two rival camps.
The 11 ministers withdrew from the government, formed in November 2009, at the exact moment Hariri was in Washington holding talks on the crisis with US President Barack Obama.
Hariri arrived in Turkey after talks on Thursday in Paris with French President Nicolas Sarkozy.
NATO member Turkey has sought a stronger role in Middle East affairs since Erdogan's Islamist-rooted party came to power in 2002.