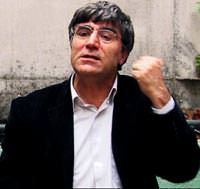 Trabzon’s 2nd Justice of the Peace Court has charged six suspects in the Hrant Dink case.

Tried for negligence in connections to the assassination of Agos Newspaper Editor-in-Chief Hrant Dink, out of eight suspects, the District Gendarmerie Commander at the time Colonel Ali Öz and Lieutenant Metin Yıldız were sentenced to six months imprisonment each, while four other suspects were charged with four months' jail time. Two suspects in the case were acquitted.
Last Update: Jun 02, 2011 2:04 pm
RELATED TOPICS