Leader of 1980 coup to testify in probe 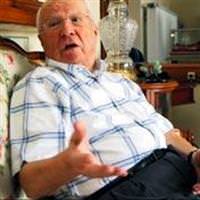 Kenan Evren, the general who led a coup in Turkey in 1980, will give a statement next week to prosecutors investigating the putsch and the killings and arrests which followed it, media reports said on Thursday.

Rights groups and victims of the Sept. 12, 1980, coup filed petitions with prosecutors in September after the immunity of the generals was lifted, but legal experts say that a statute of limitations may prevent them from ever being put on trial.
Prosecutors will question the former president and one-time armed forces chief, now 93, at his home in Ankara at the request of lawyers who cited his poor health. He will be the first person interviewed in the investigation.
Around 50 people were executed, hundreds of thousands were arrested, many were tortured, hundreds died in custody and many disappeared following the coup.
Evren has defended his coup, saying military intervention was needed to bring an end to years of violence between left- and right-wing factions in which some 5,000 people were killed.
He will testify just days before a June 12 parliamentary election that the ruling AK Party of Prime Minister Tayyip Erdoğan is set to win.
The AK Party's constitutional reforms, approved in a referendum last year, opened the way for the prosecution of the coup leaders by lifting their immunity.
The military commanders are being investigated on charges of carrying out a coup and trying to change the constitutional order by armed force. A decision on opening a court case will be made after prosecutors complete their investigation.
Erdoğan has said that if he wins the election he will rewrite the constitution to make it more democratic and pluralistic, breaking from the charter originally written in 1982 while Evren was president.
Turkey saw three coups between 1960 and 1980, and in 1997 the army pressured an Islamist-led government out of office.
The military has always seen itself as the guardian of secularism in the state founded by Mustafa Kemal Ataturk in 1923 out of the ruins of the Ottoman Empire. Reforms driven by Ankara's European Union membership bid have curbed its power.
Prosecutors also sought statements from retired air force chief Tahsin Sahinkaya and navy commander Nejat Tumer.
However, when a prosecutor rang to speak to Tumer this week he learnt that he had died at the weekend, media reports said.