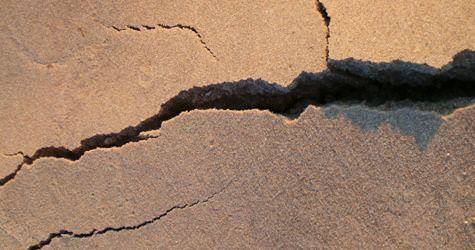 At 10:34 Thursday morning, an earthquake, measuring 5.4 in magnitude rattled in Elazığ,according to the Bosphorus University Kandilli Meteorology and Research Institute. The epicenter was located in the İçme town, 34 kilometers from the city center, and was 6.1 km’s deep.

İçme's Town Mayor Faruk Erdem states that there has been no loss of life or property damage as a result of the quake and announced that they are also checking surrounding villages.
Erdem explained that after the earthquake, local residents remained outside and refrained from going back home. Erdem also stated that following the quake there were disruptions in communication and the drinking water was running cloudy.
Elazığ Governor Muammer Erol also announced that there have been no reports of deaths or anyone wounded.
Governor Erol noted that they were currently checking each village to determine the damage and that they were deploying a number of officials to villages they were unable to contact by phone.
The earthquake based in Elazığ was also felt in a number of surrounding districts including Tunceli, Malatya, Diyarbakır and Bingöl. Local residents panicked during the quake measuring 5.4 on the Richter scale. Officials are continuing efforts to determine whether any damage was incurred int eh vicinity from the quake.