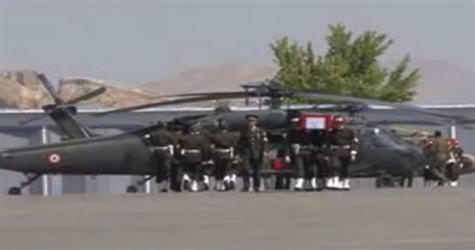 It said Turkish artillery hit 168 targets in the region before the air operation, which was conducted after PKK terrorists ambushed a military convoy in southeast Turkey killing 12 security personnel.

"The Turkish Air Force conducted a successful attack operation on 60 targets of the terrorist group in the Kandil Mountain, Hakurk, Avasin-Basyan, Zap and Metina regions," the General Staff statement said.

All planes returned safely to their bases. The "necessary sensitivity" was shown to avoid the civilian population being affected and such operations would continue until the PKK was "rendered ineffective," it said.

In the second raid, six F-16 jets took off around 2:45 am from a base in the southeastern city of Diyarbakir, heading for northern Iraq, where several thousand PKK terrorists are based and from where they launch attacks on Turkey.

The targets included anti-aircraft defences and PKK shelters in the region and around 30 planes took part in the entire operation, the sources said. Camps housing the PKK's top commanders were among those targeted.

President Abdullah Gul will chair a previously scheduled National Security Council meeting Thursday, with a recent upsurge in PKK attacks and the military response likely to top the agenda.