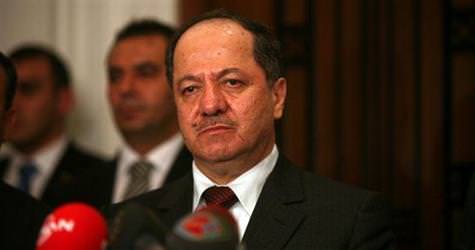 All eyes were turned towards the leader of the Iraqi Kurdish Regional Government Massoud Barzani, upon Prime Minister Erdoğan’s words, "I can comfortably state that if they (the PKK) were to drop their arms then a number of issues would develop on an affirmative path. If there are rights to be gained, then it would be brought up in the parliament. Whatever is needed for these rights would be granted there.”

Stating, "I will take action to achieve peace," Barzani, known to not be in favor of cross-border operations, will be gathering leaders from Northern Iraq after the Greater Eid in order to establish a 'Kandil formula'. According to information obtained from KDP (Kurdistan Democratic Party) sources, a committee consisting of Northern Iraq leaders will meet with PKK's top echelon in Kandil and Europe in order to ensure the first step is to withdraw armed wings in Turkey and to ensure a ceasefire is announced for an indefinite period of time. According to Barzani's formula, psychological pressure will be exerted on the PKK in order to ensure the terrorist organization is rid of heavy weaponry in Kandil. In addition, PKK camps, which are situated in 18 separate locations in the Kandil region, will be emptied and members of the Presidential guard regiment will be dispatched to these sites. The Kurdish Administration will be using the Iranian KDP model in order to respond to the organization's request for legal protection should they desert the mountains. According to the Iranian model Barzani plans to implement during this democratic initiative process, members who relinquish their weapons will be granted residence permission in Suleymaniye and Arbil. In addition, they will also be provided with work opportunities.
Iran's KDP decided to stop staging attacks in 1991 and afterwards they relinquished all heavy weapons. The organization has refrained from staging an attack over the past 20 years, despite still being armed.
CIVIL MOVEMENT
While the Turkish Armed Forces continues to stage operations on the terrorist organization's targets, Barzani will be conducting a civilian movement on land. Security measures will be increased along the Turkey Iraq border where infiltration by terrorist members is done regularly. The Mahmur Camp Project, which was halted after the Habur incident, will once again be brought to the agenda.
Barzani will relay a message delivered by the BDP during a visit to Istanbul, "We want to reach a solution on the parliament's grounds. However, conflict leaves us tied. Find a mediator to ensure that both sides relinquish weapons." Barzani will tell the organization leaders; "Stop the conflict in order to ensure the New Constitution proves fruitful for Kurds. The BDP's hand weakens as long as the armed attacks continue. Put an end to the struggle in order to ensure that Kurds are granted further democratic rights in the new constitution."