TAF's F-16s move towards the border 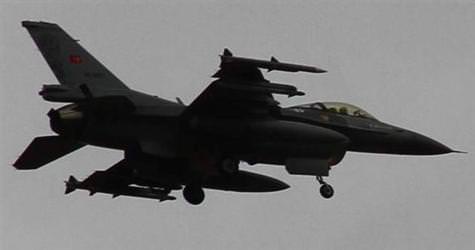 The Turkish military carried out an airstrike on Sunday on PKK targets in northern Iraq, in the latest operation against terrorists sheltering in the remote area.

At least one Turkish warplane hit an area in Iraq's Kandil mountains late on Sunday morning, but there was no confirmation of casualties.

The Turkish military has launched air strikes and limited ground missions into northern Iraq since August this year after a surge in terrorist attacks by the PKK, following the breakdown of an earlier ceasefire. The PKK launches attacks from hideouts inside the remote Iraqi mountains.

The PKK in a statement on Sunday claimed responsibility for hijacking a ferry near Istanbul. It said one of its fighters carried out the hijacking to "get the attention of public opinion." Turkish commandos on Saturday killed the hijacker authorities said was armed with a bomb, to rescue more than 20 passengers and crew held hostage for 12 hours on the ferry.

Turkish leaders last month vowed revenge with air and ground strikes after the PKK carried out one of its deadliest attacks in the conflict, killing 24 Turkish soldiers in raids on military outposts in the south of the country.