'Assad will pay the price of isolation' 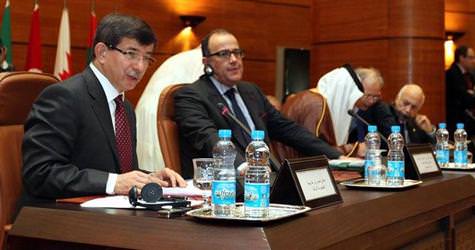 The crisis in Syria was the main agenda during the Turkish-Arab Cooperation Forum. Foreign Affairs Minister Davutoğlu states that Syria will not be successful in this campaign staged against its own people.

The fourth meeting of Foreign Affairs Ministers for the Turkish-Arab Cooperation Forum was held in the Moroccan capital Rabat. At the meeting, which Syria refrained from attending, Turkey was represented by Foreign Affairs Minister Ahmet Davutoğlu.
Speaking at the meeting, Davutoğlu, stated that no administration would ever see success in staging a campaign against its own people and that no regime can stand up again the will of the public who has flocked to the streets for demands of freedom.
Davutoğlu also stated that as a result of Syria's refusal to adopt the Arab League's suggestions, the nation will pay the price of isolation in the region. Davutoğlu went on to express that for Turkey what truly matters in the brotherly Syrian public and that Turkey will continue to stand by them.
Davutoğlu went on to state, "The Syrian regime needs to know that these images that play on the conscience of humanity will never be accepted by the Arab or international community. In light of the Syrian administration's stance, which has left the Arab League obliged to make the decision they did, all international actors need to act responsibly and work together in order to stop the bloodshed." Davutoğlu also called on Israel to put an end to the blockade on Gaza, and stated; "We cannot stomach the suffering incurred by our Palestinian brothers nor is it possible for us to accept it."
Meanwhile, an incorrect translation of Davutoğlu's words resulted in causing a stir. Foreign news agencies wrote that Davutoğlu had stated Syria will "pay a high price". However, later news agencies retracted the statement and clarified Davutoğlu's words had been mistranslated and what he actually stated was that Syria "will pay the price of isolation".
The Arab foreign ministers gave Damascus three days to implement a road map agreed this month to end the bloodshed and announced that otherwise they would be implementing 'economic sanctions'.