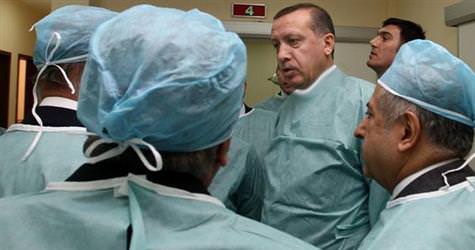 Prime Minister Tayyip Erdoğan had a successful operation on his digestive system on Saturday and was in good health, the prime minister's office said on Monday.

Erdoğan, 57, underwent the operation at the Istanbul Marmara University hospital. Erdoğan, whose AK Party won a third consecutive term in an election in June, is by far Turkey's most influential politician. Under his rule, the country has become one of the world's fastest growing economies and a powerhouse in the region.
Last Update: Nov 28, 2011 6:54 pm