A Turkish adjustment on the Arab League’s Syria sanctions 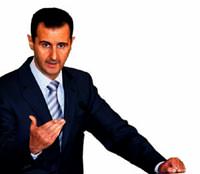 Turkey will ‘selectively’ implement the economic measures against Syria decided on by the Arab League. In consideration of the Syrian public, electricity and water supplies will not be disrupted.

Turkey plans to adopt in measure the sanctions against Syria decided on by the Arab League. The sale of goods to the Syrian state will be halted, however Turkey will continue to conduct sales of goods that provide for the Syrian public's daily needs. The steps that will be taken will not incur harm to the Syrian public nor to Turkey's economy. Civilian flights will not be halted, measures on transportation that would affect Turkish truck drivers will not be taken and water and electricity will not be cut off. In order to ensure that the sanctions Turkey intends to implement do not affect the Turkish economy, there may not be exact congruence with the members of the Arab League in terms of timing and content.
EIGHT MINISTER SUMMIT
Upon their return from Cairo, Deputy Prime Minister Ali Babacan and Foreign Affairs Minister Ahmet Davutoğlu pressed the button on implementing sanctions on Syria.


The two ministers were joined by Minister of Justice Sadullah Ergin, Minister of the Interior İdris Naim Şahin, Minister of Trade and Customs Hayati Yazıcı, Minister of Energy and Natural Resources Taner Yıldız, Minister of Economy Zafer Çağlayan, Transportation, Maritime and Communication Minister Binali Yıldırım, MİT Undersecretary Hakan Fidan and Undersecretary of Public Order and Security Murat Özçelik at the Foreign Ministry the night before last. During the meeting, which lasted until 1:30 a.m., the decision was made to implement the Arab League's economic sanctions in measures that would not negatively affect Turkey's economy and the Syrian public.

The main items decided upon and awaiting Prime Minister Erdoğan's approval prior to implementation are as follows:


All accounts in the Central Bank belonging to the Syrian government will be put on hold, all fund transfers will be closely inspected however accounts belonging to the Embassy will not be touched.
Civilian flights will not be halted. Turkish Airlines will continue to offer flights to Damascus, however the number of flights may be decreased in line with a drop in passenger numbers.
All official goods sales to the Assad government will be stopped.
A travel ban will be imposed on Assad and his family.
As Syria provides the main route of access for trade between Turkey and the Arab world, no measures will be taken in terms of transportation in order to allow for the 46,000 trucks that pass through Syria to be able to continue to operate. Should the unrest increase, then the transportation of dried goods, which are brought in to the Arab world through Syria, may be redirected to shipping routes.
No measures will be implemented that negatively affect the Syrian people and Turkey will continue to provide water.
No sanctions will be brought on regarding the amount of electricity Turkey provides in order to refrain from negatively affecting the Syrian public.

'Assad has lost legitimacy'
Speaking during an interview on the A Haber television station, the Prime Ministry's Chief Foreign Policy Advisor Dr. İbrahim Kalın expressed that it is too late now for Syrian State Leader Bashar Assad to come around. "Assad has lost legitimacy. Our priority at the moment is stopping the bloodshed there." Answering questions on Syria posed by A Haber Ankara Correspondent Murat Akgün, İbrahim Kalın also stated that setting up a 'humanitarian corridor' was not on the agenda at present.